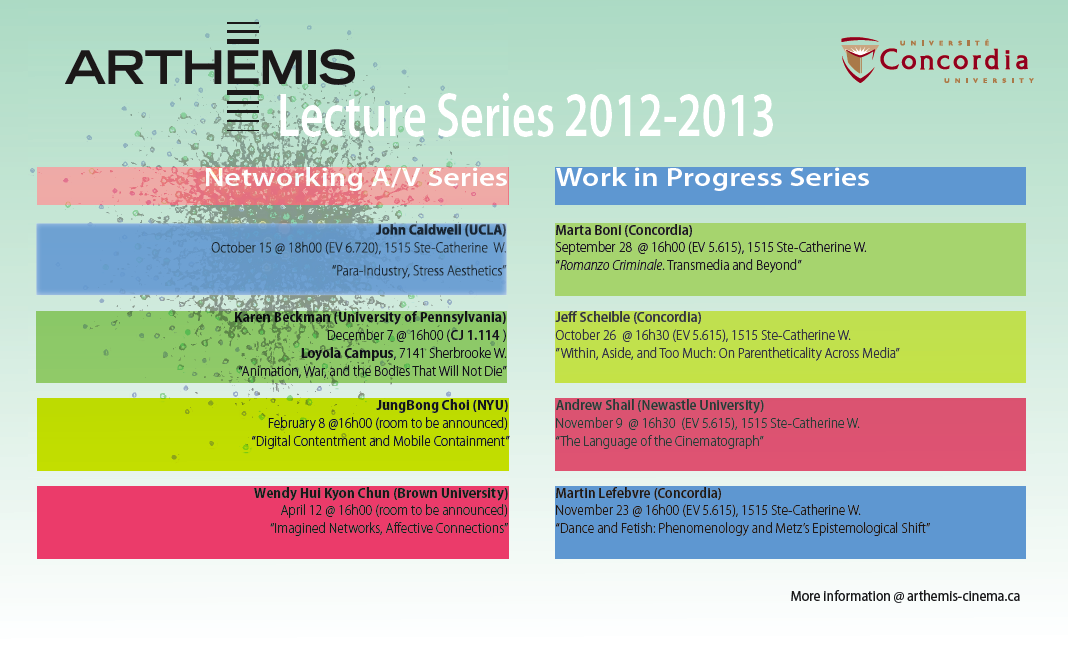 ARTHEMIS, which stands for Advanced Research Team on History and Epistemology of Moving Image Study, is a project housed at the Mel Hoppenheim School of Cinema dedicated to the study of the evolution of film studies as a discipline. Our object of study is not the cinema per se but the discourses and practices that surround it, and in particular those discourses and practices that have served as conditions of possibility for learned or academic considerations of film. It investigates the study of film and moving images by looking at three of its most important possibility conditions:

ARTHEMIS researchers are investigating how the cinema has been represented through different discourses. They also examine how and under what conditions the various concepts and notions that have emerged from these discourses — including concepts developed within the realm of academic film studies — have changed from one period to another and how they participate in a larger context provided by socio-cultural and intellectual movements.

The study of film requires access to moving images as one of its conditions of possibility. However, there are two aspects of this accessibility that require consideration. First, there is the need to access filmic “texts” though the availability of primary source materials, i.e., the need to see films. Secondly, access to film must also be considered from the perspective of technology.

The main contact for the ARTHEMIS project is Eric Prince.

As well, the ARTHEMIS lecture series for the 2012-2013 school year is now available: