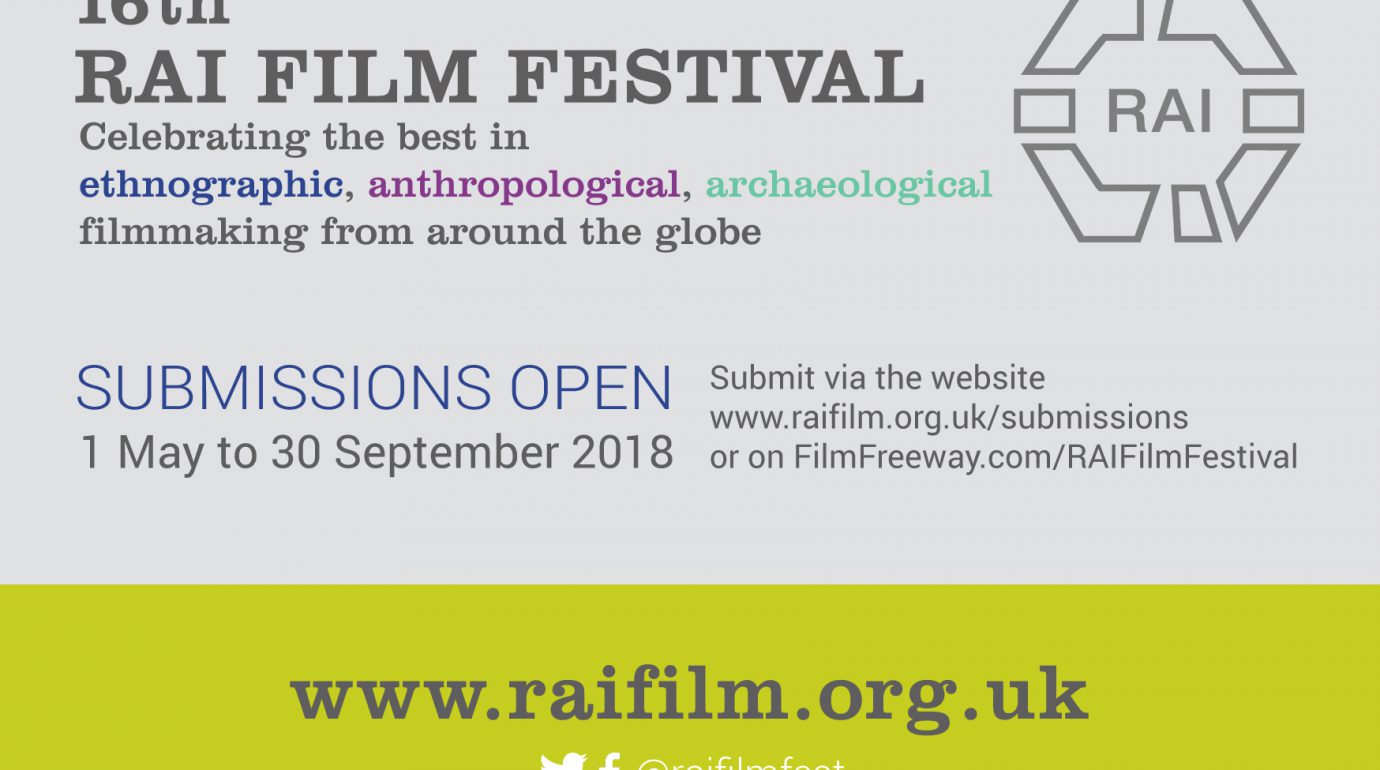 As part of the 16th RAI Film Festival taking place from the 27-30 March 2019, the Royal Anthropological Film Festival has announced an accompanying conference, Expanding the Frame: Ethnographic Film and its Others.

Despite decades of trying, anthropologists have not managed to come to any settled agreement on what ethnographic film is or should be. Rather than being chained to the “classics” or a “canon”, anthropological filmmakers and ethnographic filmmaking have instead pushed for new approaches. These approaches continue to blur any presumed boundaries of the field. Increasingly, ethnographic film has sought to position itself in productive relationships alongside fellow travellers, including:

We invite panels that explore the boundaries of ethnographic film.

The aim of this conference is to provoke reflection on the relationship between ethnographic film and other filmmaking endeavours that are – or have the potential to be – constructive critical interlocutors. To what extent can ethnographic film practice creatively engage with other film traditions yet still retain its scholarly roots and aims? Does it need to?

The RAI welcomes panels on any aspect of the topic, whether theoretical or ethnographic.
Amongst the possible (but not restricted to) areas which may be considered are:

It is the intention of the organisers that this conference be integrated with the Festival, meaning that conference delegates will have the opportunity to attend the screenings, as well as speak at the conference.

Proposals for panels should be made by 30 September 2018 by filling out the online form: http://bit.ly/RAIConf