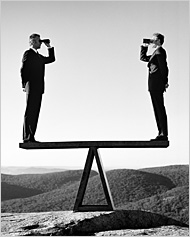 The fourth issue of Cinema addresses the topic of philosophy of religion and its connections with cinematic art. Film and religion have been fruitful research topics taken in conjunction. Researchers in this specific field have focused on particular periods (like the censorship era in the USA), on representations of religious traditions and practices (Sufism, for example), and on different theoretical approaches (such as feminism) and broad topics (ethics, for instance) within film studies. Film and philosophy have also had a productive relation in recent years. Different philosophical fields have addressed film, from the philosophy of art to the philosophy of mind, yet philosophy of religion has been a field lacking in the discussion of film.

This issue aims at addressing this lack. Cinema seeks essays that engage with the cinematic art along with the work of prominent living philosophers of religion like the Buddhist Mark Siderits, the Catholic Christian Jean-Luc Marion, the Protestant Christian Nicholas P. Wolterstorff, the Hindu Shyam Ranganathan, the Jewish Joshua Hoffman, or the Muslim Hossein Nasr. In their discussion of cinema, contributions may also draw on deeply influential philosophers like Dharmakīrti, Thomas Aquinas, Søren Kierkegaard, Adi Shankara, Maimonides, or Averroes, and thinkers who are linked with significant contemporary philosophical currents like deconstruction (John D. Caputo) or who have presented critical challenges to religion such as Ludwig Feuerbach and Friedrich Nietzsche.

Cinema asks for articles that take a philosophical approach to religion and film, particularly developing close analyses of artworks of the moving image. Proposals may address (but are not limited to) the following themes:

The submission deadline is 28 February 2013 (for 500-word abstracts). Prospective authors should submit a short CV along with the abstract. A selection of authors will be invited to submit full papers according to the journal guidelines. Acceptance of the abstract does not guarantee publication, since all papers will be subject to double blind peer-review. Submissions are accepted in Portuguese and English (and in French and Spanish, but only from native speakers of these languages).

Feel free to contact the editor for this issue, Sérgio Dias Branco (sdiasbranco@fl.uc.pt) on specific queries, or Patrícia Castello Branco and Susana Viegas with general queries at cjpmi@fcsh.unl.pt.