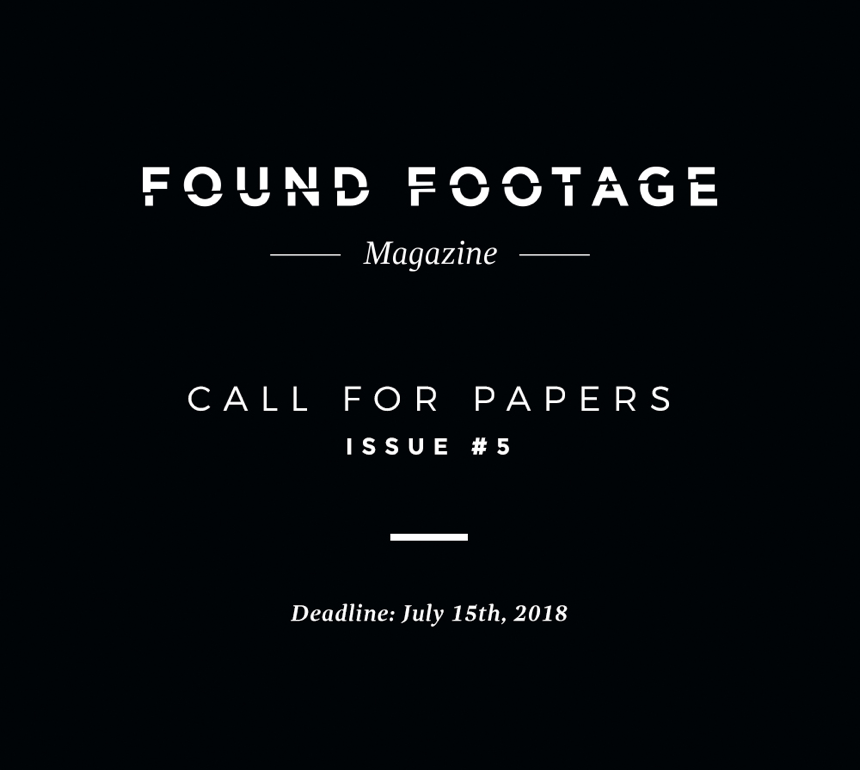 Found Footage Magazine is a printed and double-blind peer reviewed film studies publication. FFM offers theorical, analytical and informative content related to the use of the archive and extant images in found footage cinema. Found footage filmmaking has became the most pervasive tendency in avant-garde film during the last decades. Found Footage Magazine’s goal is to endorse these practices and promote a lively dialogue about the use of the archive in documentary film and experimental cinema.

FFM will select essays/articles that engage with scholar discourses from a wide range of found footage filmmaking theory and praxis.