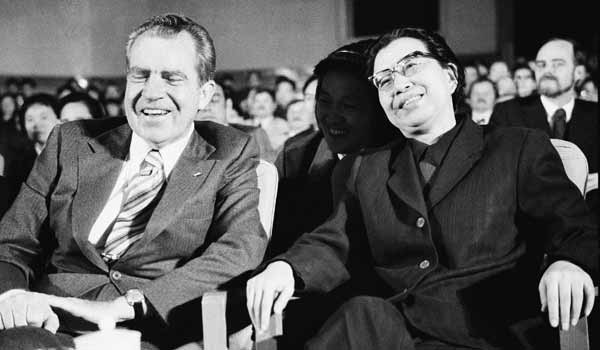 Hollywood is a leader in global film culture. For decades, Hollywood has saturated the international film market with its products, enjoyed some of the largest box-office returns, and maintained consistent (popular) cultural influence beyond a single picture or cycle of films. In the Chinese-speaking world, Hollywood made its presence felt as early as in the Shanghai cinema of the 1920s and 1930s, and although this presence was diminished after the establishment of a Chinese communist regime in 1949, Hollywood films continued to exert a major impact on both the Hong Kong and Taiwan film industries during the postwar era. In the 1990s, Hollywood became attentive to the lucrative Chinese film market, which is comprised over 200 million moviegoers in the People’s Republic of China (PRC), as well as over 60 million Chinese living in Taiwan, Hong Kong, Malaysia, the United States, and Canada (Curtin 1). In order to generate box-office revenue in the Chinese-speaking world, American production companies began investing in Chinese co-productions, setting up production centers in Mainland China, Taiwan, and Hong Kong, and incorporating Chinese themes, actors, and commercial products into their films. Michael Curtin describes Hollywood’s tactics as “the latest turn in a strategy that has perpetuated American media dominance in global markets for almost a century and contributed to the homogenization of popular culture under the aegis of Western institutions” (1).

Critics frequently describe the influence of “America,” through its cultural industry (i.e. Hollywood), as a form of “cultural imperialism.” Zhiwei Xiao argues that scholars typically stress Western domination—which is often construed as Americanization—rather than the role of agency and appropriation in the cultural transaction (8 ). The problem of cultural imperialism theory, according to Ryan Dunch, is that colonized people are viewed as passive recipients of Western cultural texts, a sentiment that relays a condescending attitude towards the subalterans (302). Thus, the concept of “cultural imperialism” cannot adequately account for the popularity, reception, and/or interpretation of American (popular/film) culture in the Chinese-speaking world. Moreover, this unidirectional model of interaction does not address the counter-flows of Chinese-language films into the American film market or the influence of Chinese filmmakers, film stars, and aesthetics in Hollywood.

The aim of this collection is to (re)consider the dynamics of transnational exchange and the history of cultural flows between American and Chinese film industries. On the one hand, the collection seeks to re-examine the influence of “America” (as a place and concept) and “Hollywood” (its films, industry, and aesthetics) on Chinese cinemas and the Chinese-language film market. On the other hand, the collection also seeks to explore the influence of “Chinas” (as places/concepts) and “Chinese cinemas” (its films, industries, and aesthetics) on Hollywood and the American film market. Central to this collection is the role of agency in filmic reception, which informs transnational cultural encounters.

We welcome proposals exploring cultural flows between the United States and the Chinese-speaking world via their film industries. Topics may include:

Please send a 500-word abstract (with bibliography/filmography) and an author bio as email attachments by November 15, 2012 to Lisa Funnell and Man Fung Yip.

Curtin, Michael, Playing to the World’s Biggest Audience: The Globalization of Chinese Film and TV. Berkley: University of California Press, 2007.