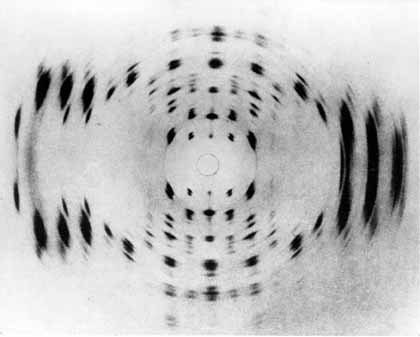 After excursions into clouds, networks, and virtual worlds, the study of culture and media has taken a materialist turn. Media archaeologists, Marxists, ecologists, and designers rightly insist on a return to things, infrastructures, and the environment. But this once-firm ground now teems with vital forces, nonhuman agencies, and quantum particles.

This renewed interest in materiality should not be seen as a return or revival; rather, the project of new materialisms shows how what Jane Bennett calls “vibrant matter” is applicable to salient political and ethical concerns in the 21st century. Feminist and queer theorists, long interested in questions of the body and matter, are developing accounts of materiality and relationality that challenge received hierarchies of language and representation, subject and object. Feminist scholar Karen Barad, for example, emphasizes the irreducible relationality of phenomena: “relata do not preexist relations.” [1] Both new materialisms and media studies examine objects not as independent entities, but as centers of interaction and mediation. Alexander Galloway, for instance, asks “that we think of media not so much as objects but as principles of mediation.” [2]

We convene this conference in order to foreground feminism and situate new materialisms in relation to ongoing questions in media studies. How might we develop relational understandings of technology and infrastructures? How do new materialisms change our notions of the body, labor, and sociality? What critical and political approaches to agency, personhood, and mediation might emerge? Our deliberate use of the adjective “new” in the title should be seen as a provocation to uncover continuities with “old” materialisms, develop feminist and materialist media histories, and to historicize current debates.

We invite papers from across a range of disciplines that address new materialisms in their many forms and functions. Possible topics areas include (but are not limited to):

The New York University Department of Media, Culture, and Communication invites graduate students, academics, activists, workers, and artists to submit conference paper proposals. The conference will be held on March 12, 2015 at NYU.

Paper proposal submissions (no more than 300 words) should be sent by Monday November 3, 2014 to postman.nyu@gmail.com (with “Call for Papers” in the subject).

Karen Barad is Professor of Feminist Studies, Philosophy, and History of Consciousness at the University of California at Santa Cruz. Barad’s Ph.D. is in theoretical particle physics and quantum field theory. Barad held a tenured appointment in a physics department before moving into more interdisciplinary spaces. Barad is the author of Meeting the Universe Halfway: Quantum Physics and the Entanglement of Matter and Meaning (Duke University Press, 2007) and numerous articles in the fields of physics, philosophy, science studies, poststructuralist theory, and feminist theory. Barad is the Co-Director of the Science & Justice Graduate Training Program at UCSC.

[1] Karen Barad, “Posthumanist Performativity: Toward an Understanding of How Matter Comes to Matter,” Signs: Journal of Women in Culture and Society 28, no. 3 (2003), 815.