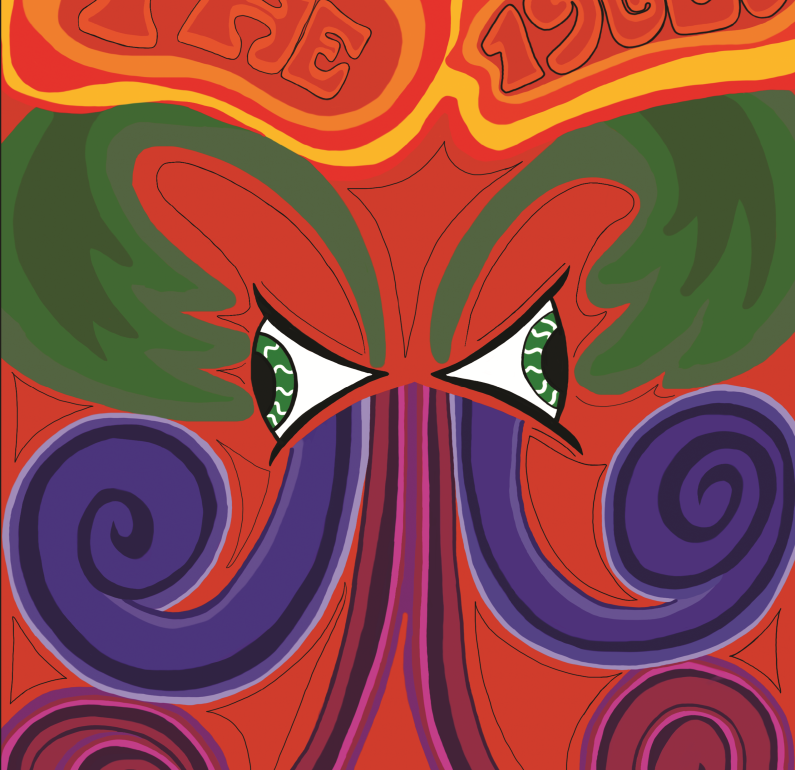 “The Sixties was a period of radical change, revolution, and major political and social upheaval. Following Arthur Marwick’s definition of the period as one that extends from 1958-1974, this issue ofCinephile engages with The Sixties as a cultural force, a frame of mind. The Sixties is associated with a certain momentum; as author and journalist Hunter S. Thompson writes, it was like “riding the crest of a high and beautiful wave…” That wave has long since peaked, but the period still lingers as a source of contemporary fascination. This is evidenced by a cultural output that ranges from the ten-part CNN original documentary series The Sixties (2013), to AMC’s long-form drama Mad Men (Matthew Weiner, 2007-2015), and recent film releases set in the era, from the Martin Luther King Jr. biopicSelma (Ava DuVernay, 2014), to Paul Thomas Anderson’s adaptation of Thomas Pynchon’s psychedelicInherent Vice (2014). Over half a century later, The Sixties continues to be a site of nostalgic re-visitation for artists and writers. Cinephile 11.1 interrogates this era as one that provokes consistent cultural interest and scholarly examination.

The watershed changes that occurred in The Sixties were not delimited by American cultural hegemony: innovative New Wave film movements transformed the cinema of France, Japan, and India. The period also saw the rise of youth counterculture movements and a newfound international social consciousness marked by explosive political activism, the force of which was felt across the globe. Cinephile 11.1 seeks submissions that examine films made during The Sixties, as well as contemporary cinematic depictions of the era. We welcome interdisciplinary approaches, close textual analyses of film and television, and historically informed overviews of major cinematic movements and events of the decade.

Topics for consideration may include but are not limited to:

–  Changes in the Hollywood film industry: from shifting audience demographics to the introduction of a new ratings system

–  Youth-oriented cinema and television programming: from the biker outlaw film to the “clean teen” pic

–  Innovations in documentary filmmaking of the decade, such as cinema verité

–  The use of popular music in cinema, such as Easy Rider (Dennis Hopper, 1969) and Woodstock(Michael Wadleigh, 1970), and on television (such as The Ed Sullivan Show and Top of the Pops), as well as musical biopics set in the era, such as Jimi: All Is by My Side (John Ridley, 2013)

We encourage submissions from graduate students, postdoctoral researchers, and faculty. Papers should be between 2,000-3,500 words, follow MLA guidelines, and include a detailed works cited page, as well as a short biography of the author. Submissions should be directed toward submissions@cinephile.ca and general inquiries toward info@cinephile.ca.

Cinephile is the University of British Columbia’s film journal, published with the continued support of the Centre for Cinema Studies. Previous issues have featured original essays by such noted scholars as Lee Edelman, Slavoj Žižek, Paul Wells, Murray Pomerance, Ivone Marguiles, Matt Hills, Barry Keith Grant, K.J. Donnelly, and Sarah Kozloff. Since 2009, the journal has adopted a blind peer-review process and has moved to biannual publication. It is available both online and in print via subscription and selected retailers.