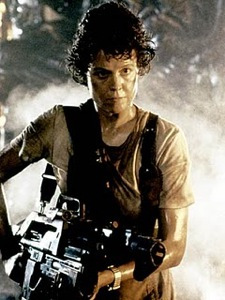 Issues of Gender within the Horror Genre

Discussions surrounding gender and sexualities within the horror genre have become increasingly prominent in film and feminist scholarship over the last 40 years. With the emergence of  2nd wave feminism in the 1970’s theorists began to look to film as a place where patriarchal power dynamics have been produced, reinforced, and gone unquestioned. As feminism gained momentum and academic recognition during the 70s and early 80s, horror films increased in popularity and began to appeal to a larger audience. Feminists were drawn to the highly gendered and often sexualized violence of the popular “slasher” film. Although initially criticized for their victimization of female characters, the slasher film sparked an implicit discussion between feminists, cinephiles and filmmakers, resulting in a more prominent and expressive voice for female characters and a space of identification for female spectators of the horror genre. Carol Clover’s book Men, Women and Chainsaws: Gender in the Modern Horror Film was one of the first key texts to challenge the implied patriarchal power dynamics of the horror film. Linda Williams and Barbara Creed also produced works that began to break away from the traditionally misogynistic reading of horror films.

The horror genre continues to expand and now includes dominating, intelligent and resourceful female characters, creating a space for the re-evaluation of the gendered possibilities of the genre. Furthermore, as feminisms and sexualities become more openly complex in both academic discourses and popular culture, discussions of how gender functions within horror films has become open-ended and exciting.

As the guest editor of Offscreen film journal, I am soliciting papers for a special issue surrounding issues of gender within the horror genre. Suggested (though not exclusive) approaches to the topic include:

-Survey of the Field of Literature/Book Review of Relevant Material

-Representations of Mental Illness in the Horror Film

-Issues of Race and Gender in the Horror Film

-Influence of European Horror Cinema of the 1960s, 1970s on Contemporary American Horror

-The Legacy of the ‘Final Girl’

→ Those interested in submitting a paper should email the title, an abstract or completed work, as well as a brief (70-100 words) bio, to the address listed below. Please format the essay in Word, version 2002 or later. The deadline for submissions is November 15th 2013. Suggested word length is 2000-5000 words. Compensation will be offered to accepted submissions.