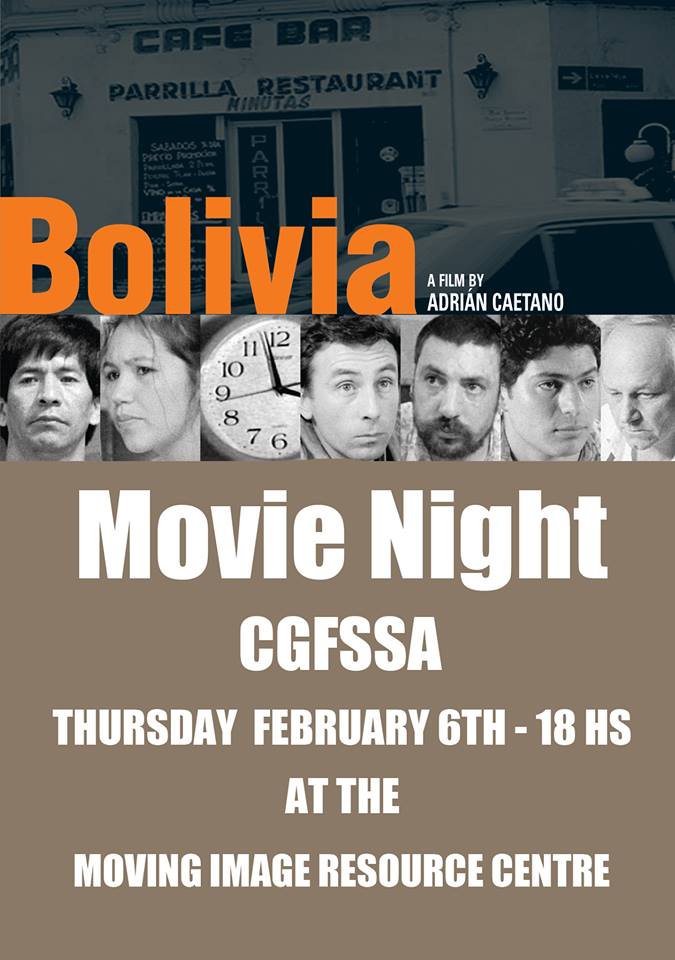 The second CGFSSA Movie Night is next week and Joaquin has chosen to screen Bolivia. The screening is on Thursday, February 13 at 6:00 p.m. and will be held at the MIRC (H-341). The screening will be followed by pizza! 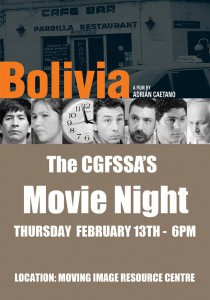 About the film:
To talk about Bolivia (2001) I have to discard using the third person, which is formal and academic, and use the first person. It is no doubt one of my favourite movies and it also depicts, something that is hard to explain, Argentina’s identity. I mean that a lot of quotidian’s life scenes, troubles and nuances are represented: the hope of class ascension, everyday’s hysteria, Buenos Aires’ sordidness. One can smell 2001 economic crisis approaching and tearing all kindness and morality. Of course this is a completely biased point of view and I have a personal relationship with the picture, but I hope that those who are coming to watch it can get at least a hundredth of what I feel. Anyhow, to sum it up Bolivia tells the story of Freddy, a Bolivian immigrant who goes to Buenos Aires seeking better life and job opportunities, and ends up working as a grill cook in a marginal restaurant. In his journey, he has to confront the fact that he is the Other. -Joaquin

February 27 – Patrick – Man Without a Past