Award-winning cinematographer Kirsten Johnson’s Cameraperson (2016) delivers a unique and evocative memoir concerning the complicated relationship between filmmaker and subjects, as well as the implications of the very act of filming. Compiled from a decades-long career backlog of footage, the film opens like a diary and forgoes traditional narrative structure and plot. Through a quick montage of spaces, cut together by names of countries, she captures seemingly innocuous moments of daily life, creating links between the instances that have continued to resonate within her over the years. While we don’t see Johnson, we are aware of her. We hear her sneeze under a panorama of an open evening sky, we see her hand uproot dry grass to secure a better shot of sheep being herded, and we get to know her by the people that she films. Cameraperson is deeply personal in this way, but the images we see are connected by more than just Johnson and her camera, with issues of voyeurism acknowledged in dialogue. The themes tackled are synthesized by jarring editorial juxtaposition—people and their stories become woven together with others.

Johnson doesn’t offer overt explanation concerning what she shows. The weight of this choice lands in the simultaneous realization that we’ve seen many of these images before, and that we think we know the story associated with them. That she is simply giving another angle to complicated truths is perhaps the point. In this way, neither the film nor its cameraperson feel like imposters, but rather, they become inquisitive participants. 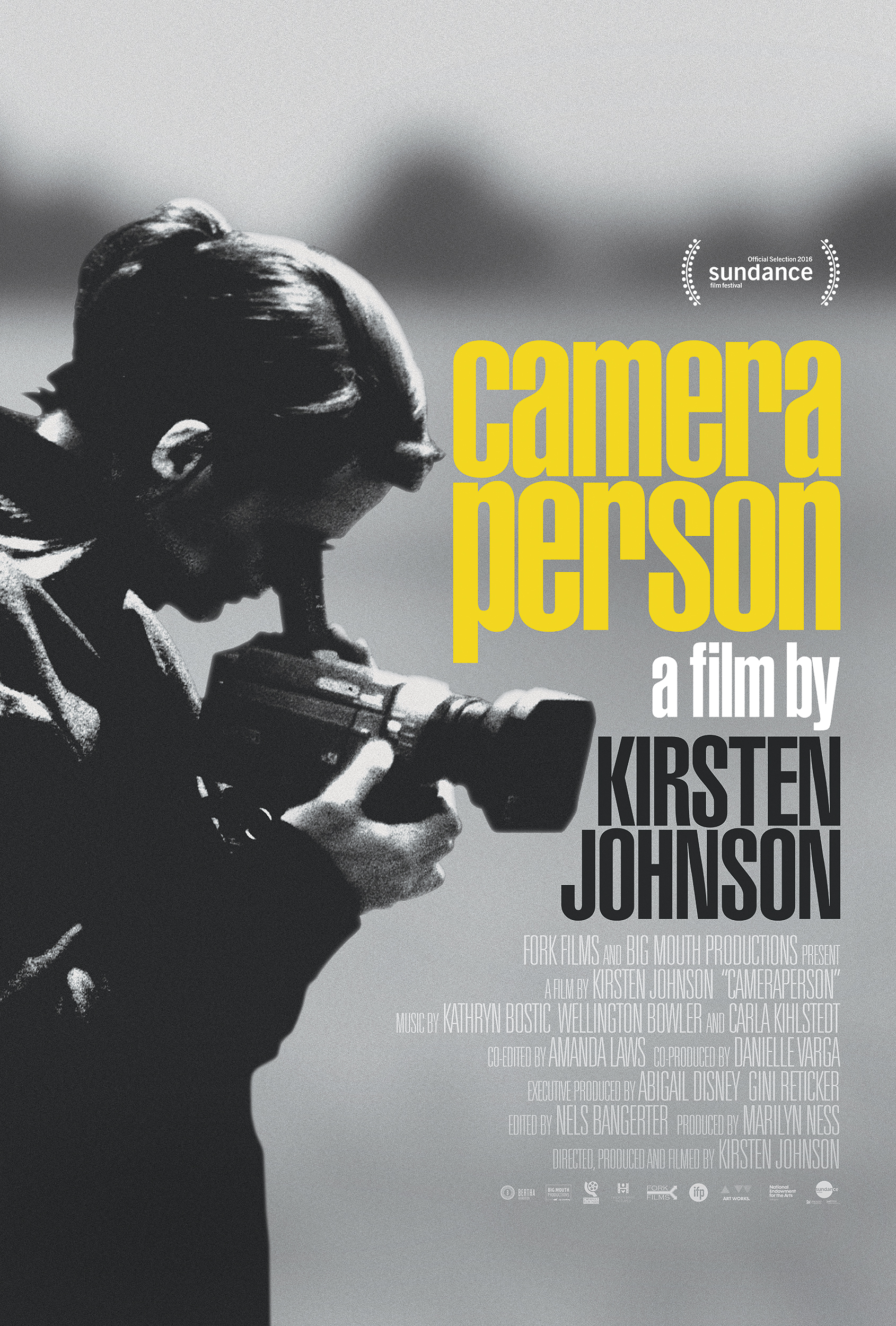 Central to Cameraperson are Johnson’s responsibilities to and connections with her subjects. She withdraws and intervenes in different moments, perhaps most strikingly while filming two Bosnian children playing with a small axe, the youngest reaching his hands hazardously between the blade and the tree stump that it comes down upon, while Johnson can be heard mumbling “Oh jeeze…” to herself as the camera rolls. On the other hand, in an examination room of an Alabama abortion clinic, filming becomes secondary as Johnson and her director interrupt their interview to console an anonymous young woman expressing feelings of guilt and shame over an unplanned pregnancy. Moments such as these demonstrate permeable boundaries, a negotiation of the limits to direct involvement when documenting another, and the multifaceted role of those on either side of the camera.

The film is not a stalwart testimony of ethnographic documentary. In keeping with the aesthetic of accumulation and commonality, the memories alluded to are hers, too. Johnson is willing to turn the camera on herself and includes deeply private moments spent with her mother as she succumbs to Alzheimer’s disease.

Cameraperson is situated in a space between empathy and detachment that best receives confessions of others. Johnson is not a voyeur, and she is not a silent witness to the pain of others. She is deeply, intimately implicated in the story and the relationships built within it. In her effort to capture and protect moments gone by, she carries them with her and immortalizes them.