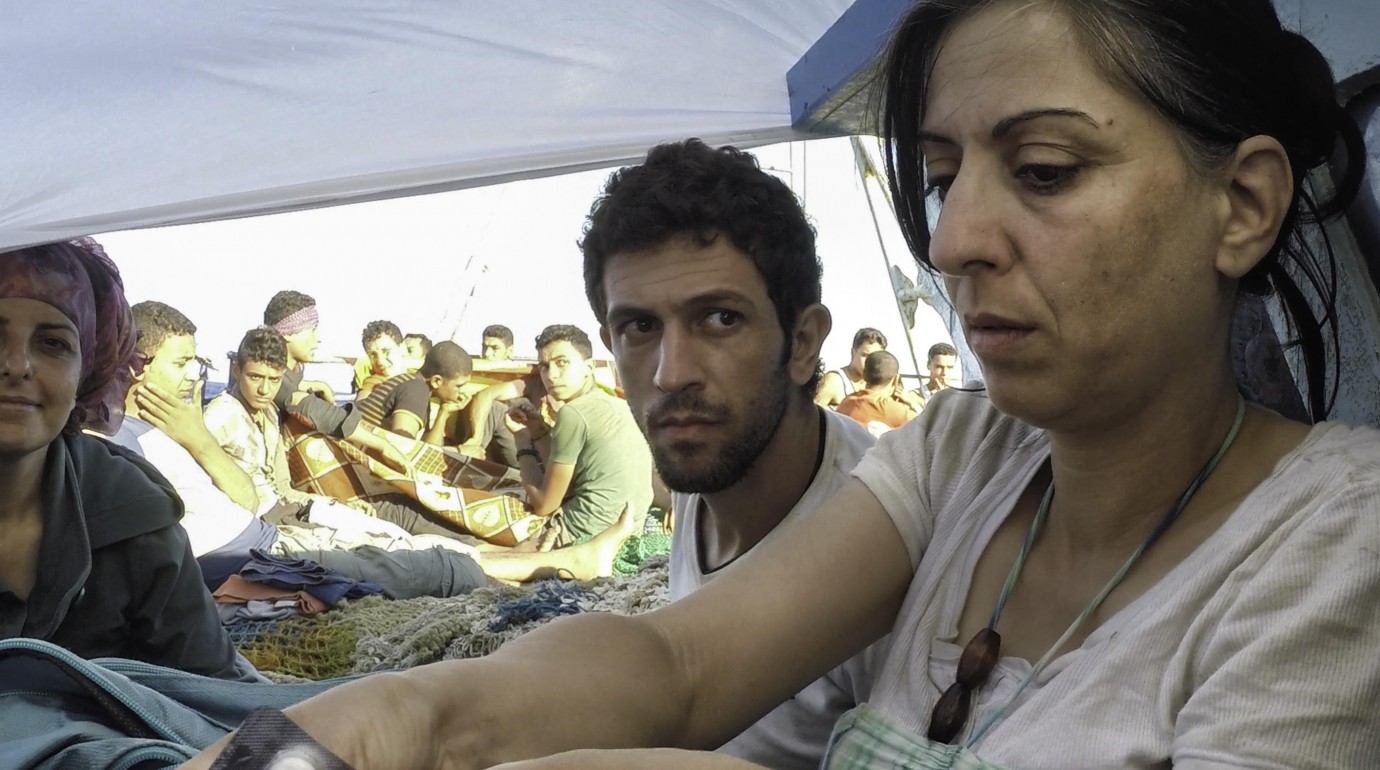 Montreal – The Cinema Politica Network is proud to announce the launch of Nations & Migrations, a special program of film screenings and discussions that will explore the themes of home, nationhood and belonging while tackling contemporary issues concerning immigration, pluralism and self-determination.

To kick off the project, Cinema Politica Concordia will present the Montreal premiere of The Crossing on Monday, November 28th (7 pmat 1455 de Maisonneuve West, room H110). The screening will be followed by a discussion with the film’s director George Kurian, musician and multi-media artist Yassin ‘Narcy’ Alsalman, and organizer/activist Oula Hajjar.  The Crossing is a film that travels land and sea with Syrian refugees who provide a firsthand account of harrowing journeys to new countries and their feats of struggle and hope – struggles that do not end once they arrive at their destinations.  This screening is presented in collaboration with the Concordia Council on Student Life, the Concordia University Graduate Students Association, and Amnesty International Canada.

Nations & Migrations events will continue throughout the Cinema Politica Network, rounding out a timely program of independent films that highlight issues of nationhood and migration from both historical and contemporary perspectives.

The Montreal launch coincides with the first of Nations & Migrations’ three main components: the ‘Comfortable Truths’ campaign. Cinema Politica has asked Canadian-based activists, artists, and community organizers to contribute commentaries (words, video, audio, art, etc) on so-called “comfortable truths” that are problematically bound up in Canadian nationalism and engrained in mainstream discourses. These “truths” are prolific, have become accepted in mainstream Canadian culture and demand critical responses. One example of a comfortable truth would be the notion that majority world immigrants have it much better in Canada than in their home country, so they shouldn’t complain if they are faced with everyday discrimination and racism.  Other components of Nations & Migrations involve screenings and discussions (like the one mentioned above) and critical discourse shifts across online platforms and social media.

Nations & Migrations is presented with the generous support of the InSpirit Foundation and Conseil des arts de Montréal.  For interviews or comment please contact Ferrin Evans at ferrin@cinemapolitica.org.

For more on The Crossing event at CP Concordia: https://www.cinemapolitica.org/screening/concordia/crossing

For more on Nations & Migrations: http://www.cinemapolitica.org/special-events/nations-and-migrations

Cinema Politica is a media arts, non-profit network of community and campus locals that screen independent political film and video by Canadian and international artists throughout Canada and abroad. Cinema Politica’s largest and longest-running local was founded at Concordia University in Montreal in 2003. It attracts between 300 and 600 people to its weekly screenings, which run from September to April annually. For more info: