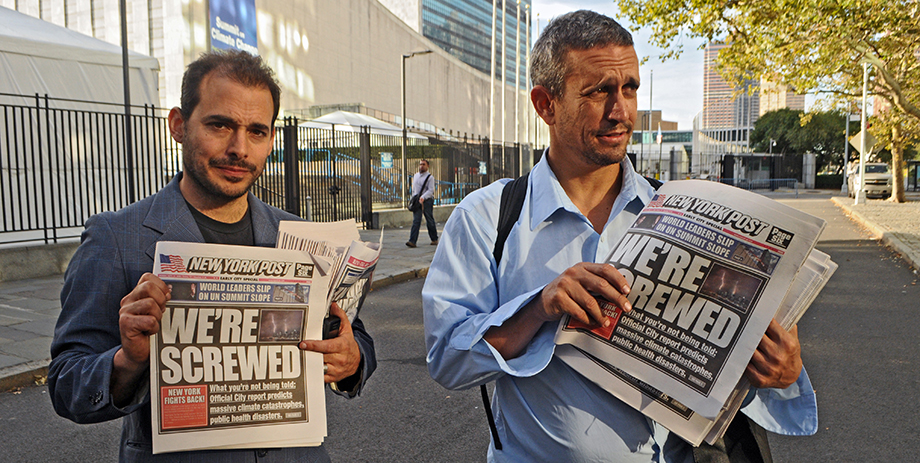 Cinema Politica will screen political activist pranksters’ The Yes Men’s latest film, THE YES MEN ARE REVOLTING!, on Monday, 16 March at 7pm in H110. Admission is by PWYC donation.

The sequel to the hit 2003 documentary follows activist-pranksters Andy Bichlbaum and Mike Bonnano as they pull the rug out from under mega-corporations, government officials and a complacent media in a series of outrageous stunts designed to draw awareness to the issue of climate change.

The post screening conversation will be lead by The Yes Men.