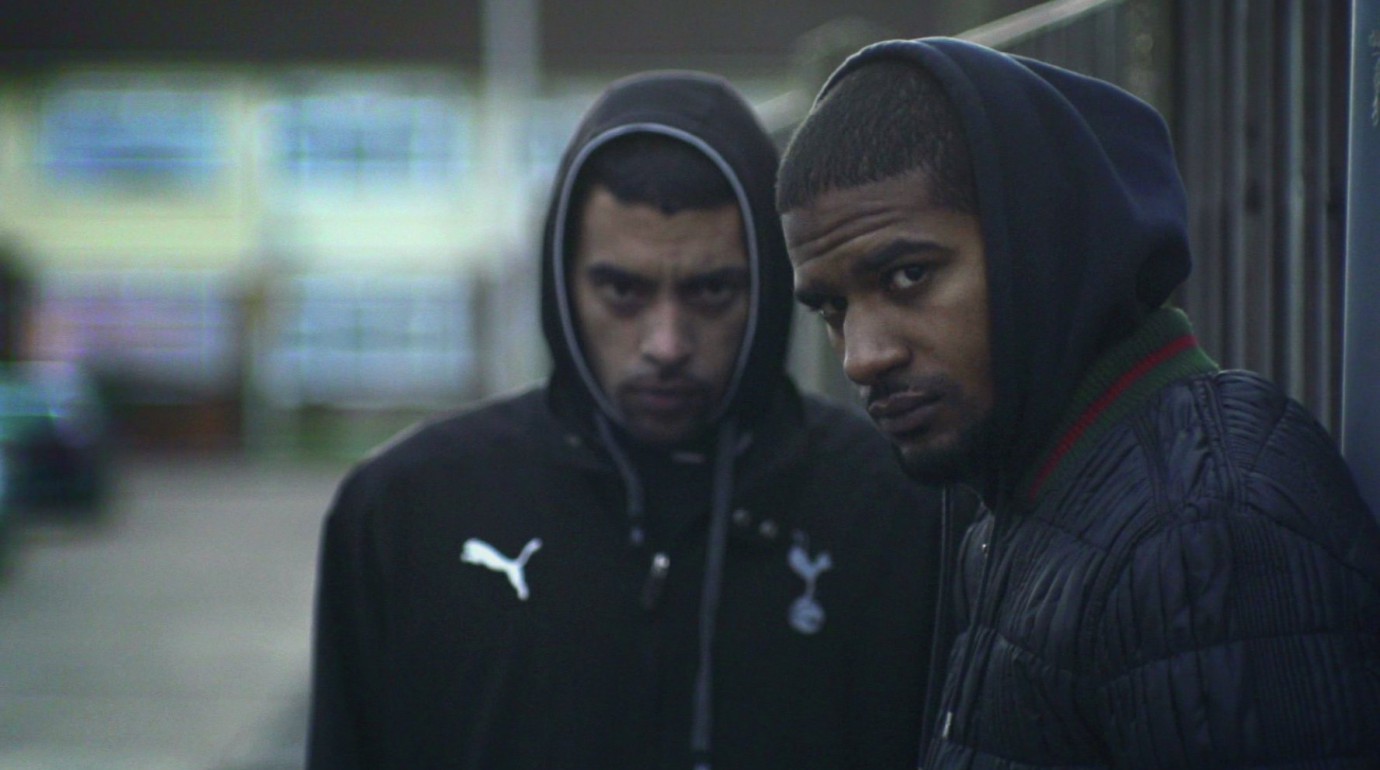 Back in 2011, the death of Mark Duggan was the trigger of a series of riots in Tottenham, his hometown, as a climactic retaliation by the black community in response to years of tension between them and the local police. THE HARD STOP (2015, GEORGE AMPONSAH) takes a look at what happens after the dust has settled, following Mark’s friends Kurtis and Markus as they reflect on the events and the effects it had on their lives.

The 2015 film paints the picture of a predictable event by using news clips and bits on the social climate to explain the kind of tension that was present in Tottenham and in many other cities of the UK regarding the treatment of black people by the police. THE HARD STOP makes a strong case for Duggan’s innocence, but its most compelling component is definitely the quest for a lawful life that his friends undertake after his death. It should have been them, they say, because they were looking for trouble, not him. Both Markus and Kurtis try to follow the path of righteousness, one which translates a desire to reduce racial tensions by ceasing to act like poster boys for the prejudices pinned to their community. The film concludes on the other side of the problem, asking for justice regarding the many unpunished police officers accused of unmotivated violence – they too should show signs of good faith.

Visually uneven, THE HARD STOP mixes slo-mo money shots with involuntarily grainy ones, something that could have been solved, like its long running time, by focusing the intent of the film and avoiding repetitive takes on the events. The documentary tries building an unnecessary suspense to reveal information on Duggan’s case, dull for anyone who knows even the smallest bit about it – something likely considering its media coverage back in 2011. Regardless, the 2015 film makes a promising step forward when it comes to racial tensions with police forces by expressing a desire to break from the prejudice that sticks with the black community.