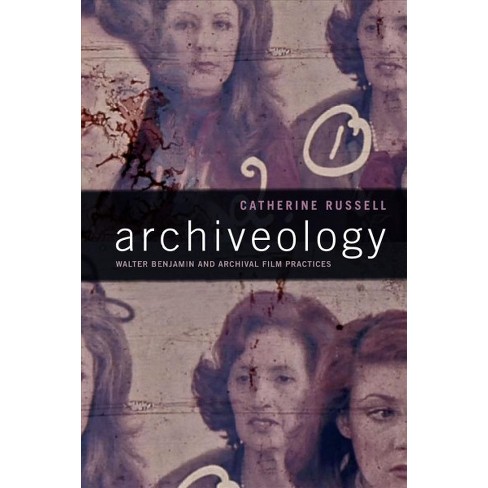 Concordia’s Film Studies Colloquium Series will begin next Friday, October 26th with a discussion with André Habib and Catherine Russell about Dr. Russell’s recent book Archiveology: Walter Benjamin and Archival Film Practices (Duke University Press 2018). Then, on Friday November 9th, Rosanna Maule and Guylaine Dionne will discuss their recent film Contemporary Women Filmmakers. The State of Things. Both events will be held in FB 411 from 4-6 PM.

In Archiveology Catherine Russell uses the work of Walter Benjamin to explore how the practice of archiveology—the reuse, recycling, appropriation, and borrowing of archival sounds and images by filmmakers—provides ways to imagine the past and the future. Noting how the film archive does not function simply as a place where moving images are preserved, Russell examines a range of films alongside Benjamin’s conceptions of memory, document, excavation, and historiography. She shows how city films such as Nicole Védrès’s Paris 1900 (1947) and Thom Andersen’s Los Angeles Plays Itself(2003) reconstruct notions of urban life and uses Christian Marclay’s The Clock(2010) to draw parallels between critical cinephilia and Benjamin’s theory of the phantasmagoria. Russell also discusses practices of collecting in archiveological film and rereads films by Joseph Cornell and Rania Stephan to explore an archival practice that dislocates and relocates the female image in film. In so doing, she not only shows how Benjamin’s work is as relevant to film theory as ever; she shows how archiveology can awaken artists and audiences to critical forms of history and memory.

About Contemporary Women Filmmakers: The State of Things:

Is it still difficult today for women directors to make films? This film inquires into several aspects of film production through the testimonies of filmmakers from all over the world. These filmmakers were selected among those working within a particularly discriminatory sector, that of the feature narrative film.
Conversations include well-known directors such as Catherine Breillat, Claire Denis, Mira Nair, Margarethe Von Trotta, Ulrike Ottinger, Micheline Lanctôt, Rakshnan Bani-Etemad and María Novaro. They also offer testimonies by female directors less know by the general audience. In addition, the film proposes commentaries by film producers, film specialists, as well as archivists thanks to whom our images are meticulously preserved. Going straight into the heart of recent debates about the discrimination of women in the film industry, this documentary raises questions while giving voice to women and their films in a fast-changing world. This is a tribute to contemporary women filmmakers and to all women who keep making films.