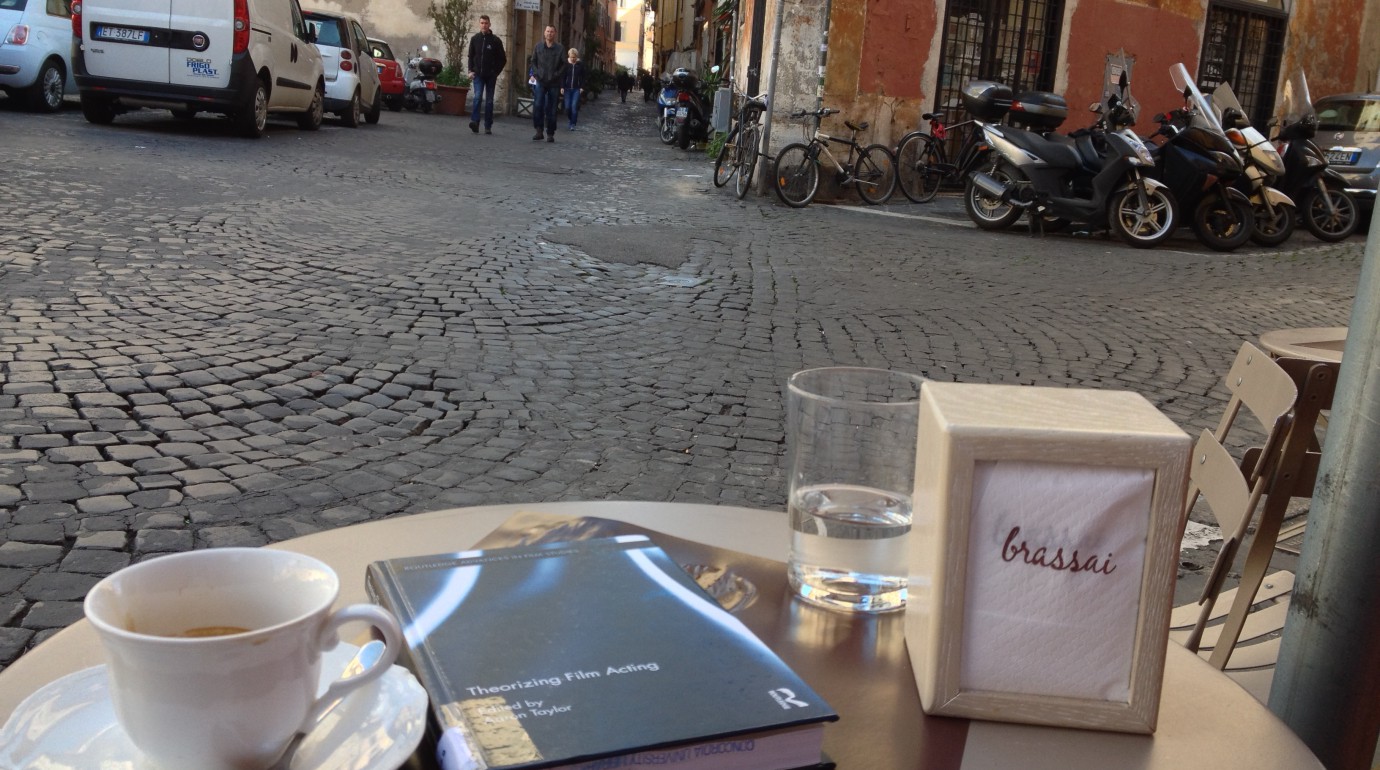 Dan Leberg recently participated in the NECS 12th Annual Graduate Student Workshop on “From Sensation to Synesthesia: The aesthetic experience and synestesia in film and new media.”, hosted by the Sapienza University of Rome.

Over the two days of the workshop, ten panelists and five keynote speakers debated the melding and transference of sensory experiences across cultures, media platforms, aesthetic techniques, and virtual and fleshed bodies. Although the recurring themes of the event were spectatorship and reception, Dan’s paper on reworking phenomenological and cognitive models of realist theatre acting towards a theory of screen acting was one of the few grounded in embodied creativity and creation.
The workshop’s respondent-based format provided each participant with in-depth feedback on their paper. The keynote presentations were generally quite strong, but the overall consensus was that the best debates occurred in the local cafe (pictured above) that hosted the post-panel coffee breaks and cocktail receptions. Notable highlights included Wanda Stauven’s keynote on tactility and touch-screen spectatorship, a post-humanist environmental interpretation of HBO’s True Detective,  the steady supply of homemade panini, and the valiant efforts of a substitute reader who was forced to read an absent keynote speaker’s paper in Italian despite her lack of familiarity with the topic.
When all was said and done, the participants left Rome full of espresso, new ideas, and tentative plans for many conference panels and co-authored publications to come.