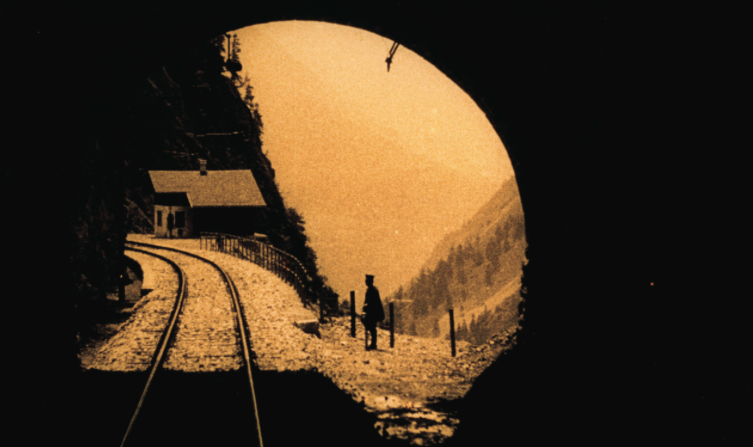 On Tuesday, June 14th 2016, Samantha Wilson became the fourth person to complete a PhD in Film and Moving Image Studies at Concordia upon her successful thesis defence, titled Aesthetics of Astonishment and Contemplation in the Sublime View: Nature Tours and Early Scenic Filmmaking in Great Britain.

Concentrating on how travel writing, tour guides, panoramas, and scenic films epistemologically replaced firsthand contact with natural spaces in Britain, Samantha’s thesis navigates the overlaps found between the trajectories of Film Studies and Environmental Aesthetics through an alternative model of spectatorship, one which opens debates on the act of representation.

Samantha’s analysis suggests that filmmakers in early cinema actively engaged with a rhetoric of the sublime in scenic films—a dialectic between the mind and body, knowledge and the visceral. Scenic films intertwined appreciation and knowledge, acting as mediating devices necessary to establish parameters for experiences and judgements. This rhetoric dismantles binaries within the Cinema of Attractions, pointing to the construction of scenic films less as a point of rupture than a point of continuity surrounding the debate of nature appreciation. This project addresses important complexities within an undervalued film genre, providing new questions that challenge the peripheral role scenic films have been given in the history of early cinema.

During the question period, Samantha made it clear that this also represents a politicization of landscapes, representing British-ness as being a part of the environment whereby technology and transport become masked in a nostalgia surrounding spaces. In comparison to Canadian or American historical narratives, a British context has been underdeveloped during this period of early cinema and in relation to the domestic environment, despite the scenic film’s noticeable progression into the 1950s while displaying what it meant to move through space and form knowledge. Aligning with current media spaces, it becomes essential to not only look at what is inside the frame, but at what (or who) is left outside of it.

The examining committee applauded Samantha for her clear and precise definition and application of her methodology and conceptual frameworks, particularly in relation to the concentration on the sublime as both immersion and contemplation. Questions and concerns were essentially modelled for future research suggestions, and the jury accepted Samantha’s thesis with only minor revisions. Samantha is now off to the University of Glasgow for a post-doc!

On behalf of everyone at Grad/Aperture and the Mel Hoppenheim School of Cinema, congratulations Dr. Samantha Wilson!