The talk will consider some of the significant arguments and themes of Film Blackness: American Cinema and the Idea of Film with attention to visual historiography, the black absurd, film form, and how the proposition of addressing the idea of black film through the critical lens of black visual and expressive culture is particularly consequential for understanding the critical richness of contemporary enactments of film blackness.

Michael Boyce Gillespie is Associate Professor of Film in the Department of Media and Communication Arts and the Black Studies Program at The City College of New York, and a Futures Initiative Faculty Fellow at The Graduate Center (CUNY). His first book, Film Blackness: American Cinema and the Idea of Black Film was published this past fall. His next book project is entitled Music of My Mind: Blackness and Sonic Visuality. 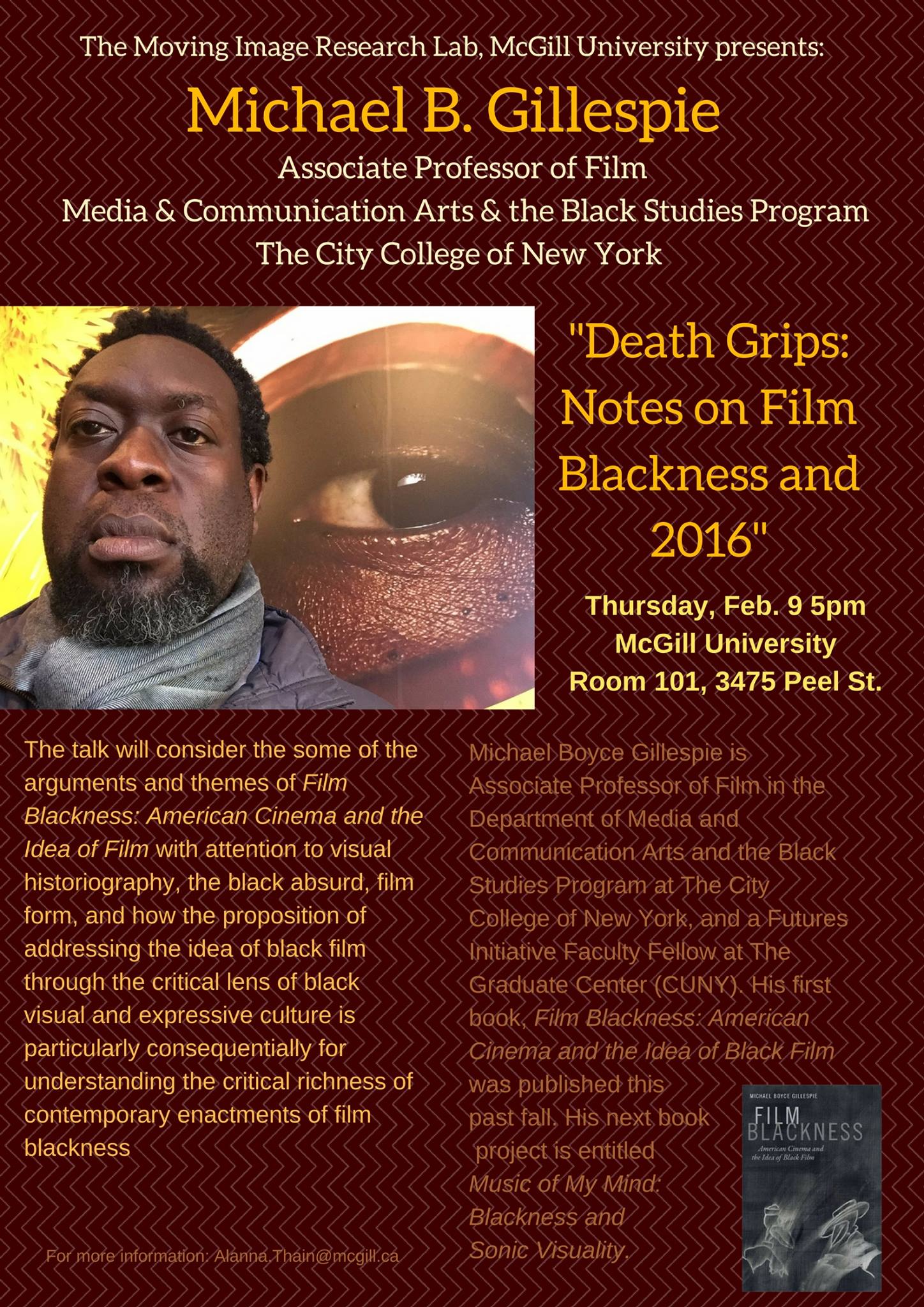