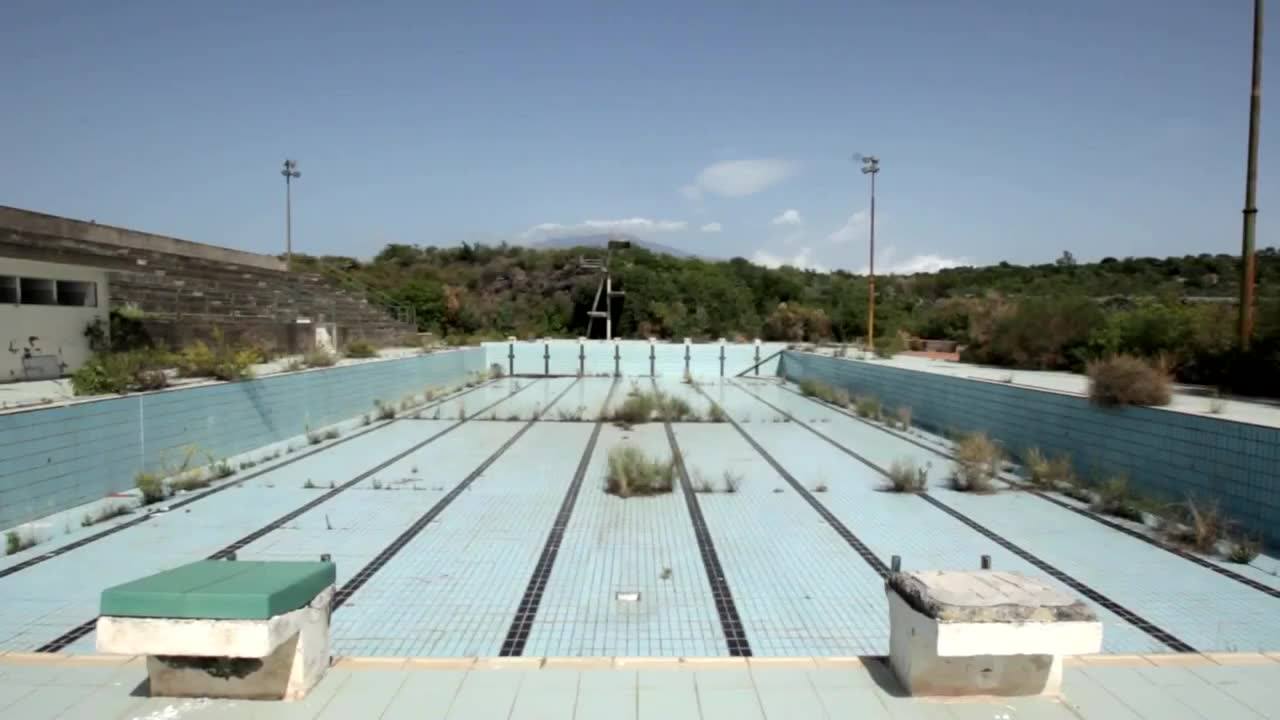 The GEM Lab hosted a presentation by Italian artist and co-founder of Alterazioni Video Collective Andrea Masu on January 16, 2018. Masu’s work is a combination of new media, digital form and practices of visual culture for social and cultural activist activities.

The talk concerned unfinished public works in Italy, especially in Sicily, that caused the birth of the new Incompiuto Sicilian style.

Masu introduced his presentation by showing a film from the Turbo Collection. This is a collection of films inquiring about specific conflicts taking place around the world, such as in Cameroon, Brazil, Puerto Rico, France (Paris), and Germany (Berlin). As he stated, the films don’t have a script, simply a page describing their subject at their origins right. As soon as they raise enough funding, Masu and the team travels to the location and start the production with people they meet on site. Masu identifies the films as somewhat documentations of performances.

The film presented was about a little village in Sicily that has the highest density (9) of unfinished public buildings in its territory. Over all, there are more than 850 unfinished works throughout the country.

This phenomenon started after WWII, following the Italian economic boom, and continued until present days. As Masu explained, this issue in Italy comes from a combination of corruption and bureaucracy. For example, there is a rule stating that when the construction of a building is funded by public money, all the funds requested will be released once a certain percentage of the construction is finished, becoming an opportunity to stop construction. This process has been identified by GEM Lab director Joshua Neves as “state capitalism, a production of space that is designed to be incomplete”. Other reasons mentioned by Masu include the control of cement factories by mafia, and the conflict between the new council that is usually not willing to follow the old council order regarding public work.

Masu and his group (Alterazioni Video Collective) travel around the country, gathering information and photographing each public building that are left unfinished, and then trying to tell the paradox story. They place them on a map linked to an information page about the site.

In order to change the perception of the public towards unfinished building, which lead to feelings of shame, waste and incompetency, Masu and his team try to introduce other, more positive concepts such as contemporary ruins, monuments, resources for territories, and touristic attractions. They are trying to relate some economic functions to these buildings. Their artistic goal is to bring the word Incompiuto Siciliano inside the Italian dictionary as the most important style in the past 50 years.

Masu suggested that Italy should start from an updated map of the locals’ needs. He proposed four possible solutions for these buildings:

On their website, Alterazioni Video artists outline their mission by creating a film manifesto which I find very appealing with its punchy and humorous tune.

Turbo Films is where hustlers turn into filmmakers and vice versa.
No matter what, the films come home with you.

In Turbo Films creative solutions are defined by necessity.
An economy of exchange that shapes the film itself and opens it up.

Adapt your aesthetics and learn from the technology at your disposal.
Special effects tutorials are on YouTube.

Turbo Films undue the efficient, linear logic of pre production/production/post production.
Film as a mean without an end.

Turbo Films require no scripts, at least no proper ones; the story is a seed from which the movie will grow and adapt itself.

Night casting is a key element, eventually reality and fiction will merge into a disorientating experience that makes sense.

Let the location act itself out. Let it scream and it will split on your script.

To give your cinematic monster a special kick, find or form a temporary local band, make them write, compose and play the soundtrack while you’re shooting.

Change format, movie length or even story accordingly to the context in which the screenings will take place.
Develop a fluid distribution strategy.

Bring your scenes home, at all costs and by all means.
You don’t always need a permit to shoot a scene.