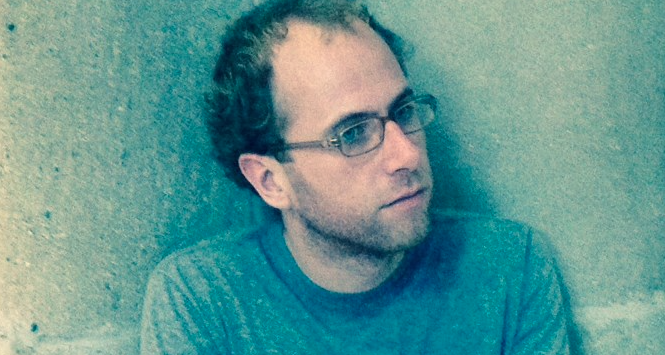 Over the past few weeks, I’ve been helping to organize and promote a Master Class with JP Sniadecki, a collaboration between the Concordia Documentary Centre and RIDM. In the days leading up to the presentation, I was mostly interested in Sniadecki for his role in the Harvard Sensory Ethnography Lab, a group of Harvard-based filmmakers spearheading experimental styles of ethnographic documentary. The Harvard Sensory Ethnography Lab has been gaining exposure over the past few years with films like Leviathan, People’s Park (co-directed by Sniadeck), and this year’s MANAKAMANA. Sniadecki himself was in Montreal for the RIDM premiere of The Iron Ministry, a film that shows China’s massive rail system from the inside, depicting the social interactions of its passengers. 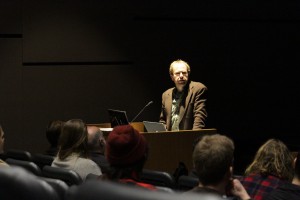 Sniadecki’s Master Class was very informative. It detailed how the Sensory Ethnography Lab got started (basically, people wanted to make films, but Harvard was more likely to fund it under the auspices of anthropology rather than art), and his filmmaking oeuvre. He began his career more as a hobbyist than a filmmaker, creating short, experimental documentaries on Chinese life during his travels there. After a few of those, he made Foreign Parts with Verena Paravel, a feature-length documentary about a Latino neighbourhood in Willet’s Point, a distinct neighbourhood Queens, New York with no paved roads or sidewalks that functions mostly as a site for several third party auto-repair shops and scrap yards. In 2012, he made People’s Park with Libbie Dina Cohn, a feature film takes the viewer on a stroll through a public park in Chengdu, China with a single dolly shot (although it was actually a cameraman in wheelchair).

There’s something liberating about Sniadecki’s mode of filmmaking, in which he simply takes cameras into public spaces and films people, with a level of consent depending on the situation. His subjects often interact with the camera. In a clip from shown from Chaiqian, one of Sniadecki’s early films, a group of Chinese construction workers eat lunch and negotiate the camera’s presence, inventing terms and ways of speaking that will keep their conversation private from the peering eye of the camera, like replacing the word “hooker” with “little sister.” When I asked Sniadecki what sound equipment he used to get such an encompassing design for the film, he told us that it was usually just a simple Sennheiser shotgun microphone.

For two hours, Sniadecki discussed his filmmaking, what kind of ethical questions need to be broached by a documentary filmmakers, like whether or not it’s acceptable to use footage of someone if you haven’t asked for their permission, and the widespread censorship that takes place in China and prevents independent films from finding distribution. Sniadecki doesn’t like making movies under an institutional framework, and would rather film things that he finds interesting, as they happen, on a practically non-existent budget… even if he’s in a country (China) that really doesn’t like it when people do that (he also spoke about the fears that his canisters of 16mm film for Yumen would be confiscated by customs, but they weren’t).

As for the films themselves, Sniadecki showed us clips from Chaiqin, Yumen, Foreign Parts, and People’s Park. Far from appearing the amateur productions that one might surmise from the descriptions of their makings, these films are enormously sophisticated. As Sniadecki mentioned based on a clip from Foreign Parts, in which a local “character” put on a dance and allowed the camera to follow him across the street, Sniadecki allows his subjects a certain amount of authorship in his films, giving them “permission” to guide the camera and determine what gets shot, which is something that doesn’t really happen within the format of a traditional talking head documentary. A noticeable influence from structuralist filmmaking can also be sensed in the way he frames images, with an eye towards symmetry and a careful balance between motion and stillness. Even without budgets or infrastructure in place, Sniadecki and his collaborators have created a unique and thrilling style of cinema. The fact that they can make these films in such tight budgets is a remarkable feat indeed, and should be inspiring to any fledgling filmmakers.