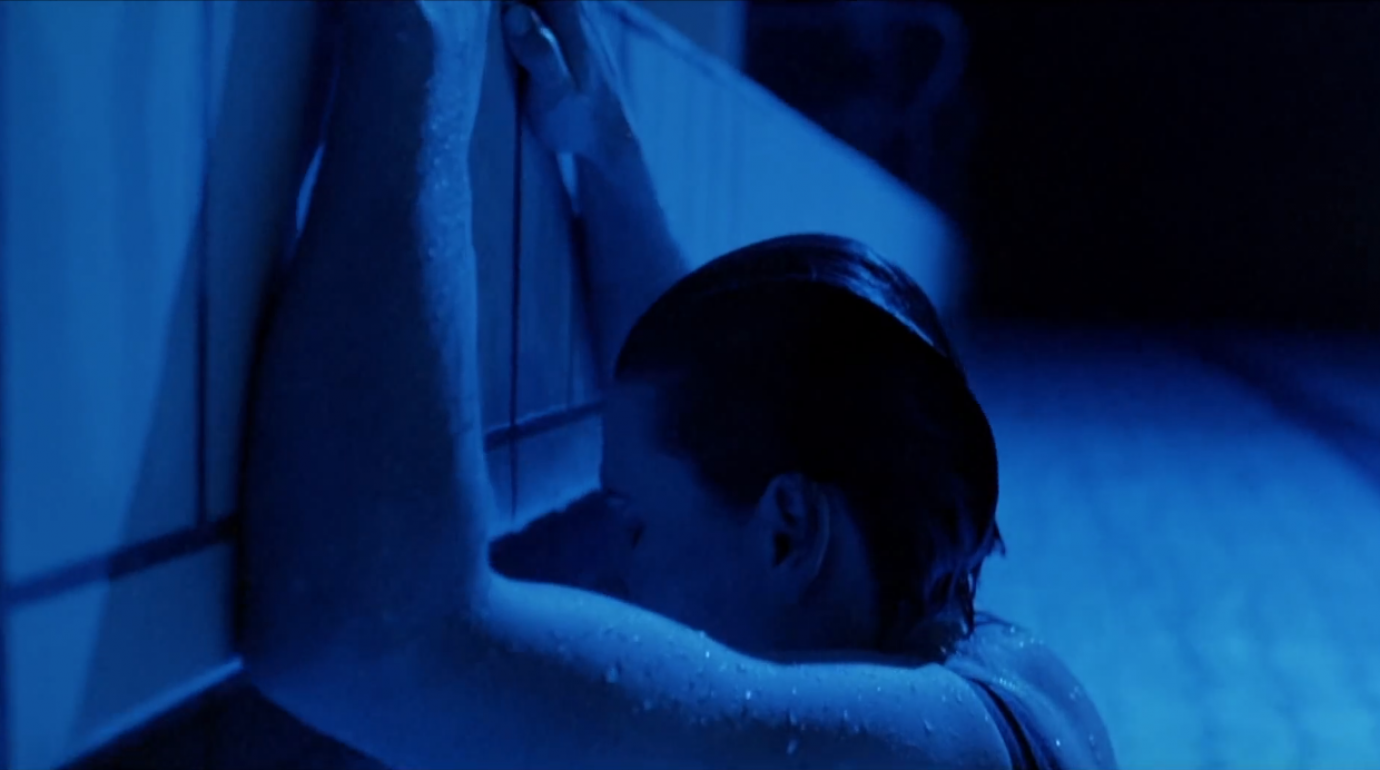 For this week’s freeze-frame focus, Grad/Ap contributor and second-year MA student Brad Warren has chosen an image that, for him, captures the unique possibilities of cinema, where mise en scène and sound cannot be disentangled. 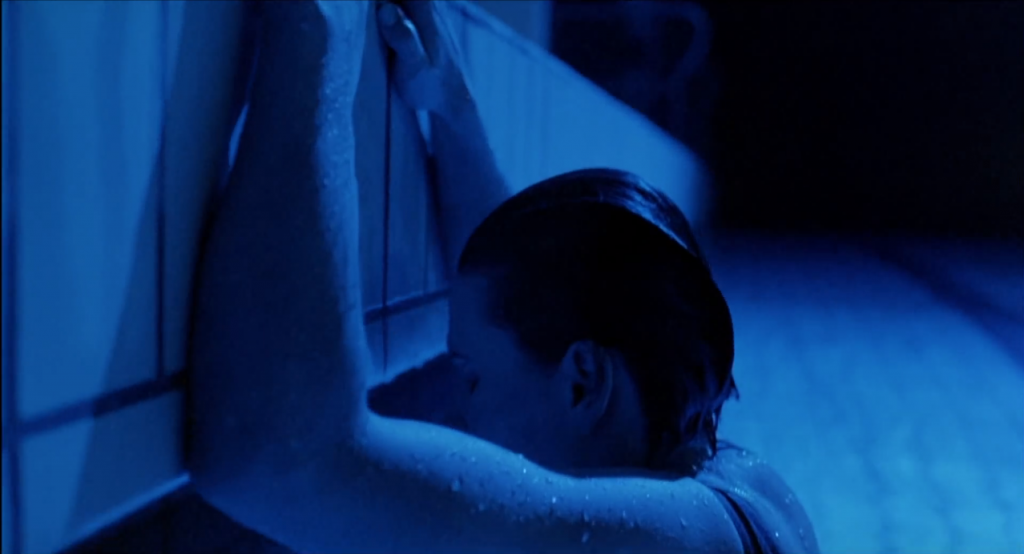 The Scene: Following the tragic death of her family in a traffic accident, Julie (Binoche) cuts all ties with the her former self, including her late composer husband’s unfinished symphony, and moves to Paris to start a new life. At the moment captured in the image above, she is seized by grief while swimming alone. Julie tries to climb out of the water, but is paralyzed by memories/music and sinks back in. Kieślowski’s film shows us that how traumatic events will follow us, and that sound and image inevitably conjure memories of the past.

The Legacy: Trois couleurs: Bleu, particularly in its opening moments of the car crash, exemplifies how cinema can communicate narrative information through abstract images and editing. This scene, for me, is perhaps the most powerful instance of synesthesia in the cinema: the actress’ body language, the overwhelming use of color and Zbigniew Preisner’s classic score collude to impress Julie’s psychological state upon the spectator. Afterwards, it becomes impossible to disassociate any of these elements when glimpsed in isolation. We are constantly moved by Julie’s tragedy and also, triumph in her eventual ability to reconcile this trauma.