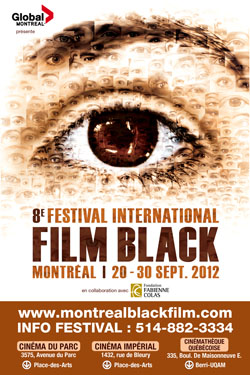 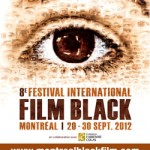 The Montreal International Black Film Festival (MIBFF) was created in 2005 by the Fabienne Colas Foundation, a non-profit organization dedicated to promoting cinema, art and culture. The mission of the Montreal International Black Film Festival is to stimulate the development of the independent film industry and to foster the creation of films on international Black realities. The Festival wants to promote a different kind of cinema: cinema from both here and abroad that doesn’t always make it to the silver screen. We showcase groundbreaking cinema that both moves and shocks us, all while raising awareness. MIBFF films deal with issues and raise questions that are at once provocative, funny, perplexing and shocking. Join us for a fresh look at Black cinema from all four corners of the globe!

The festival runs from September 19th-30th, 2012 with most of the screenings taking place at the Cinema du Parc.

Check out the programming and schedule here.