The Film Studies Association of Canada have announced the recipients of the 2016 FSAC Student Writing award and the 2016 Gerald Pratley Award, and both have gone to Concordia Mel Hoppenheim PhD students!

The FSAC Student Writing Award recognizes graduate students who show outstanding ability in film and media scholarship. The recipient this year is Concordia PhD student Kester Dyer for his essay “‘Against National Orthodoxy’: 24 heures ou plus and Fourth Cinema.” The jurists report having been impressed by an astonishing number of exceptionally strong submissions. Kester’s essay was distinguished by the force and power of its argument, the clarity and elegance of its prose, and the boldness with which it took up questions of national and transnational cinema and politics from the 1970s to the present. It is an essay, the jury felt, that provided an original and provocative reading of the work and career of Gilles Groulx as well as teasing out the complex interrelationships between a Third Cinema and a Fourth.

The Gerald Pratley Award was established in 1991 in tribute to Gerald Pratley‘s (1923-2011) contribution to the advancement of Canadian film studies. The Association invites applications from Honours and Graduate students (MA or PhD) undertaking innovative research in cinema studies that will contribute to the understanding of Canadian/Québec cinema both within this country and elsewhere. 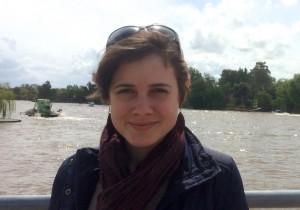 Jekanowski’s research project forms a section of her dissertation in progress, “A Nation of Fur, Fish and Fuel: Documenting Resource Extraction in Canada, 1920-1980,” which draws on impressive archival research and interdisciplinary approaches to film and environmental humanities.