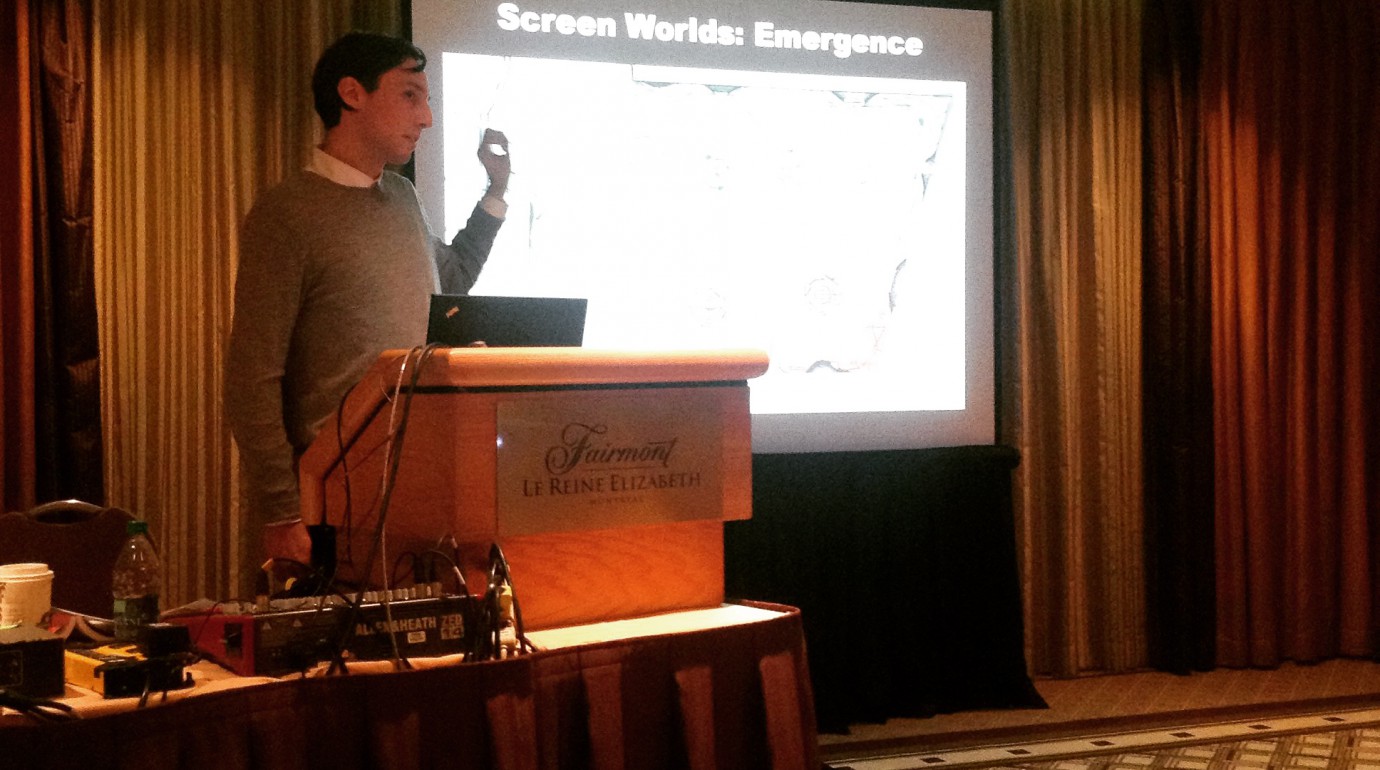 Philipp Dominik Keidl’s paper was an extension of his thesis project on installation and object-based film exhibitions. His paper, titled “Media Archaeology in the Museum – Methods and Possibilities,” specifically focused on the Australian Centre of the Moving Image (ACMI) in Melbourne. Keidl’s paper examined how the installation based (as opposed to object based) exhibition allows for the reading of media against the grain of art histories and how media archaeology is in line with counter-histories.

Keidl took us through the various installations found in ACMI’s Screen Worlds exhibition. The ‘Emergence’ installation takes the visitor through the emergence of various screen technologies, from film to the iPhone. The ‘Voices’ installation displays screens with interviews and the ‘Sensation’ installation allows visitors to create their own Matrix-like video. Keidl argued that the arrangement of these installations allows visitors to chose their approach to the exhibition, and destabilizes histories of media. The exhibition gives agency to the visitor to chose what media might become in the future. The Imaginary Media exhibition, Keidl argued, presents an alternative history of the apparatus. The three levels of the exhibition, ‘Science Fiction’, ‘The Lab’, and ‘Predict the Future’, prompt visitors to discuss and dismantle the screens around them. Keidl’s presentation proposed that the museum spaces are becoming more like media archaeological laboratories with the growing presence of media in installation-based exhibitions.

Lundemo responded to the two panelists by raising questions of how computer analysis, and interaction and interface can serves as tools for film historiography. And, how will these tools change film historiography forever, and how will they produce new articulations of the past. Olesen and Keidl presented quite different approaches to the film museum and media archaeology, but opened a number of questions of how we should continue to look at cinema’s past.