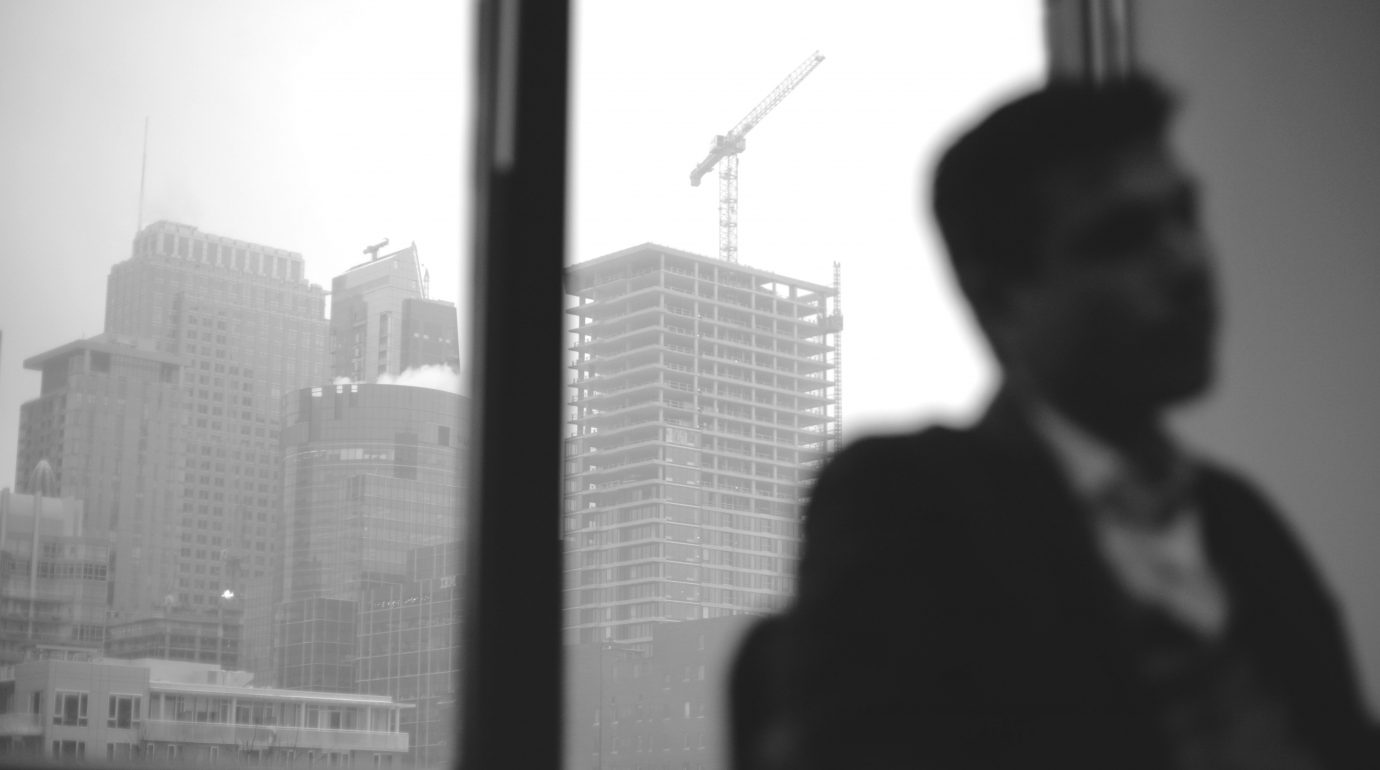 J: When you were doing your Undergraduate and Graduate studies, did you have a favourite course, and if yes, what was it?

M: That’s a tricky and very political question [laughs] I may infuriate my former professors. [pauses] Did I have a favourite course?

J: Or did you have a favourite … branch of courses that you preferred?

M: Hmm … well, I took classes with Tom Lamarre at McGill and he was always an inspiration because of his teaching style and the broad range of readings he’d have in his classes. … He would teach courses on Japanese film and animation but they were always in dialogue with Film and Media studies, not to mention philosophy and theories of technology, so he was always an inspiration to me. At Brown I was able to take classes with people who helped construct the field of Film Studies and digital media. I had the chance to take a class on psychoanalysis with Mary Ann Doane, and a course on Marxism with Philip Rosen. They also broadened and deepened my knowledge base, and my familiarity with theory. Strangely enough, some of the most memorable classes for me are ones that I didn’t necessarily “get” at the time, but which I’ve realized subsequently have been hugely important for my understanding of a given field.

J: What was your favourite research project, if you had one?

M: I guess all my research projects are my favourites in some ways, but … but maybe one that I particularly love is the work on chocolates and stickers I did in Anime’s Media Mix… you know, writing that book I really got into the history of chocolate production in Japan, tracking down when they started including stickers or premiums or freebies with the chocolates. I researched the laws around the premiums, how were they regulated. But also, their longer histories too. I was also led to follow the trails of material culture, in museums and toy stores, and vintage pop culture shops. Or tracking down books that had pictures of the things that came along with chocolates or candies from basically the 1920s onwards. Yes, that project was and remains particularly dear to me. But you know, every project takes you down a winding path full of surprises – and that’s what makes research so much fun.

J: How did you develop that project?

M: It was partly … you know, I lived in Japan for a number of years, and one of the things that has always struck me was why character goods were everywhere there, and on everything. Of course, there’s franchising here, there’s merchandising here, but they’re somewhat less intense. What struck me was the intensity of the way merchandising worked in Japan. The way it worked not only for children, which we are sort of used to here, but also at all age groups. At least anyone who is interested in cultural production, period, would be fans of some kind of anime series, or film series, or whatever, and buy memorabilia or have on their cellphones… So, my first research question was why is this form of merchandising or seriality so intense? How does this cross-media seriality work and why is it so powerful? And why is it organized around animation? One of my earlier research questions was: what’s the medium specificity of animation such that it gives rise to all these different kinds of goods? That’s where I became interested in the interval in particular. Maybe it’s the interval in between the images, or, on the other hand, the stillness of the images that lead to the sort of transmedia phenomenon of cellphone straps to stuffed animals, that kind of things. So, I guess that’s where that project started. From a media theory of animation, or a theory that medium specificity of animation has a relation to merchandising. From there I became increasingly interested in the industry history of animation and merchandising. How the first sponsor for the anime series was actually a chocolate maker, and so on. That ended up being the determining factor of all the chocolate production and freebies around animation. That got me into the film industry studies, even though I didn’t know about it as clearly at the time, but that ended up being a real influence on what I ultimately ended up writing about. A circuitous path – you don’t always know the name of what it is you’re researching, or the field in which you should be in dialogue with. So for me it was only towards the end of that work that I suddenly realized that I was doing a kind of industry study of anime and franchising… but it took a while to get there.

M: That’s a tricky question. I guess it’s hard to say. In animation, anything by the director Masaaki Yuasa – who did Ping Pong or Mind Game or The Tatami Galaxy – his work is incredible.. But when it comes to film I have a real soft spot for Ozu, so anything Ozu basically, but An Autumn Afternoon especially is probably one of my favourite films of all times. When Tony Scott passed away I started a Tony Scott retrospective, and I have to say I love Domino in particular.

J: Is there a moving image theory or scholar that you prefer to teach?

M: That’s also difficult. I guess I like teaching anyone who thinks and writes systematically. So it could be, you know … in Methods this week we read Lynn Spigel. I think her work is really amazing. Anna McCarthy too is really interesting. But, you know, I’m also interested in people like Jean Baudrillard, especially his early work on consumer society where he develops this kind of systems theory of how people consume objects. Bruno Latour I like … he’s not really a moving image scholar per se, but he is always provocative. Tom Lamarre’s work – I studied with him so I’m biased – but I always liked his writing and because he writes on a field that I work on also, his work is always really interesting. Mary Ann Doane the same thing. I studied with her, but I think her essay on television is incredible. Lately I’ve been reading a lot of work from economics, and analyses of information society, and Alan Liu’s The Laws of Cool is pretty inspiring.

J: Is there anything else you’d like to add to the interview?

Stay tuned for the next edition of ProfTalk, where Julie will talk to Kay Dickinson, Associate Professor – Undergraduate Programme Director and Area Head for Film Studies, Cinema.