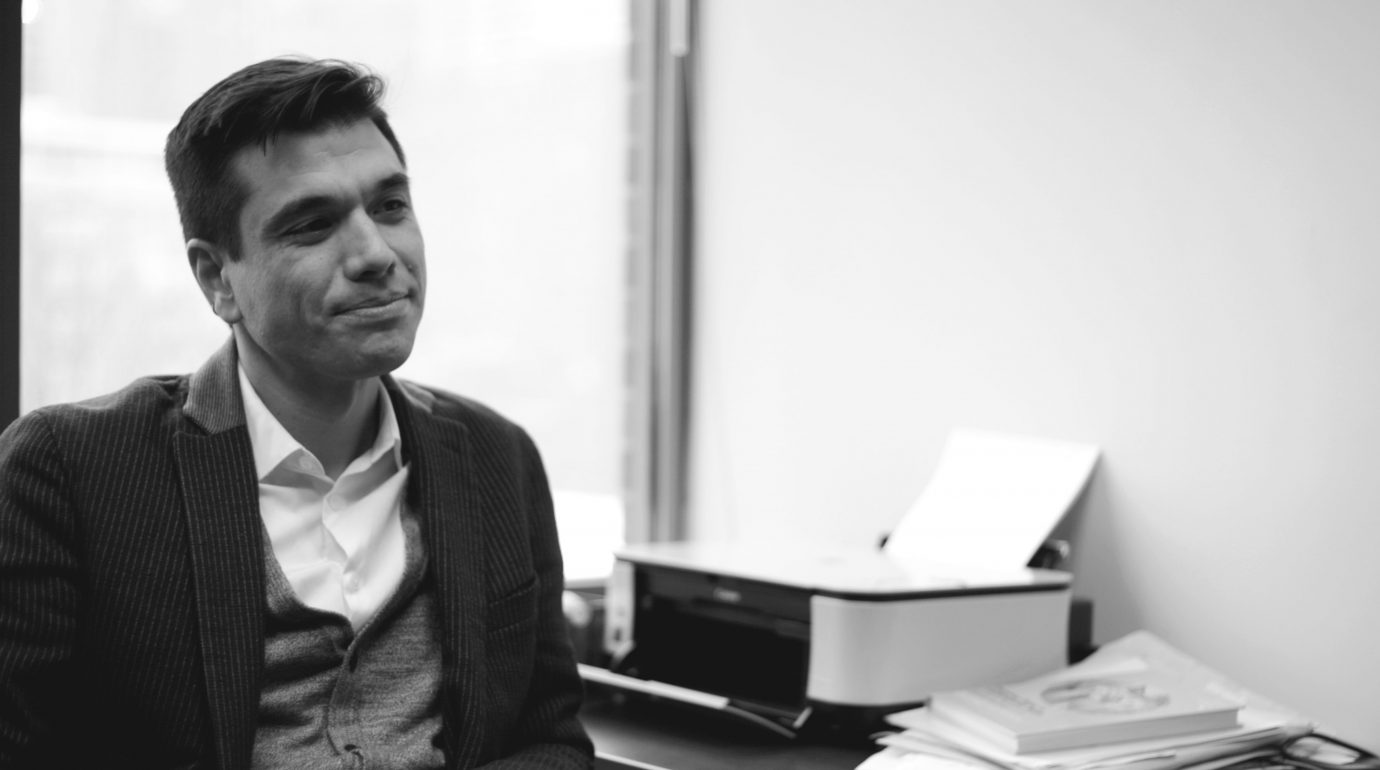 JULIE BROUSSEAU: How long have you been a professor of Film Studies at Concordia?

J: As a full-time teacher?

M: Yes, I came in as Assistant Professor, which is a tenure-year track position, and I started working in Fall 2009. I became a tenured professor in 2015… I took a sabbatical from 2015 to 2016 and now this is my first year back teaching.

J: What are your main interests in the Film Studies field?

M: As with most scholars, I have many research interests. My interests first revolved around animation. One of my first large-scale research projects, that turned into the book Anime’s Media Mix, was about animation and merchandising in Japan. This was partly a kind of history of animation in Japan, and also an industry analysis of animation in Japan. My next one, which I am working on now, is on platforms. Both grew out of my interest in tackling questions of the status of the moving image within digital culture. In terms of platforms you can think of the way anime is viewed today, through Niconico Video in Japan, or Crunchyroll in North America – platforms for animation. I’ve also had a long-standing interest in media theory in Japan, and have an edited collection coming out on that topic.

J: So, I guess this might be linked with your interests, but what are some of the courses you are teaching at Concordia?

M: There’s a course that I have taught at the MA/PhD level that is called Global Film Industries, that’s basically about film industries, focusing on Asia; South Asia, East Asia, South East Asia to some degree, and the particular approach of industry analysis combined with questions of the globe or the global. Industry studies is an emergent and increasingly important field in Film Studies, and this is a course that looks both at what is the global, and how do we understand the globe in relation to media industries. Another one is Media Theory. I’m editing a book on Japanese media theory, but I teach this course as a general engagement with contemporary and historical theories of media. I’ve also taught a course on transmedia before. I do a course at the undergraduate level that’s near and dear to my heart called Digital Media and Animation. I’ve taught Film History courses as well and Methods, of course, at the MA level.

J: How did you decide in the first place that you wanted to pursue a career in Film Studies and how did you discover, or decide on your main field of interest?

M: Well, for me it was a more circuitous process in that I didn’t come in as an Undergraduate in Film Studies. I did my Undergraduate in East Asian studies at McGill actually, and I was interested at the time in literature and particularly literary classics from Japan. Then I became more and more interested in the contemporary moment, turning to contemporary Japanese literature. From there I did an MA on contemporary Japanese art that focused on art practices linked to animation or Japanese anime. Murakami Takashi was my focus here, examining his art practice and his theory of superflat, which is really a theory of animation in a way, or a theory of animation’s impact on Japanese aesthetics. Now, from CEGEP onward I knew I wanted to be a university professor. I loved my teachers; I had great teachers and took inspiration from their work. So after my MA I wanted to do a PhD, but I also wanted to do it not in East Asian studies, but in Film Studies, or Film and Media Studies to get that kind of background that I felt I needed for the next part of my research project, which was going to be about merchandising and animation in Japan. At that point I was fortunate enough to get into Brown’s Modern Culture and Media program, which is a kind of mix between traditional film studies, media studies, and a kind of high theory bootcamp. They love theory there, and that was something that I also loved about the program. So it was through that that I became more and more interested in film, and animation in particular as a medium. After Brown, and a brief postdoc at McGill, I got the job at Concordia and started teaching courses on film, animation and media.

J: Did you ever work in film production at any point?

M: No, I dabbled in stop-motion animation at one point. When digital cameras came out I was really interested in sort of the way animation … you know, there’s a famous McLaren quote where he says something like, “What happens in between the images is more important than what happens in the images themselves.” So, I became really interested in playing in that kind of interval between one image and another, and also playing with early digital photography… taking digital still images and then animating them through Final Cut, muddling my way through it. That was my experience in production, but I haven’t been making animation since then.

M: You know… my drawing skills are horrible [laughs]. If you have seen my writing, you probably could tell. So, maybe get back to this sort of stop-motion part of it, but not animation per se. I love watching animation, and have the utmost respect for animators… but I don’t have the drawing skills to become a hand-drawn animator.