The Sociology and Anthropology Graduate Students Association of Concordia University held a conference between March 13 and 15 entitled Intersections: Multidisciplinarity, Method and Medium in Social Science Research.  Two of our students, Andre Dubois and Mao Lei presented papers as  part of the “Media and Material Culture” panel which took place yesterday March 15. For those of you who couldn’t attend, or didn’t catch the live-tweeting session of the presentations that took place yesterday, here’s a summary of Andy’s and Mao’s respective presentations. 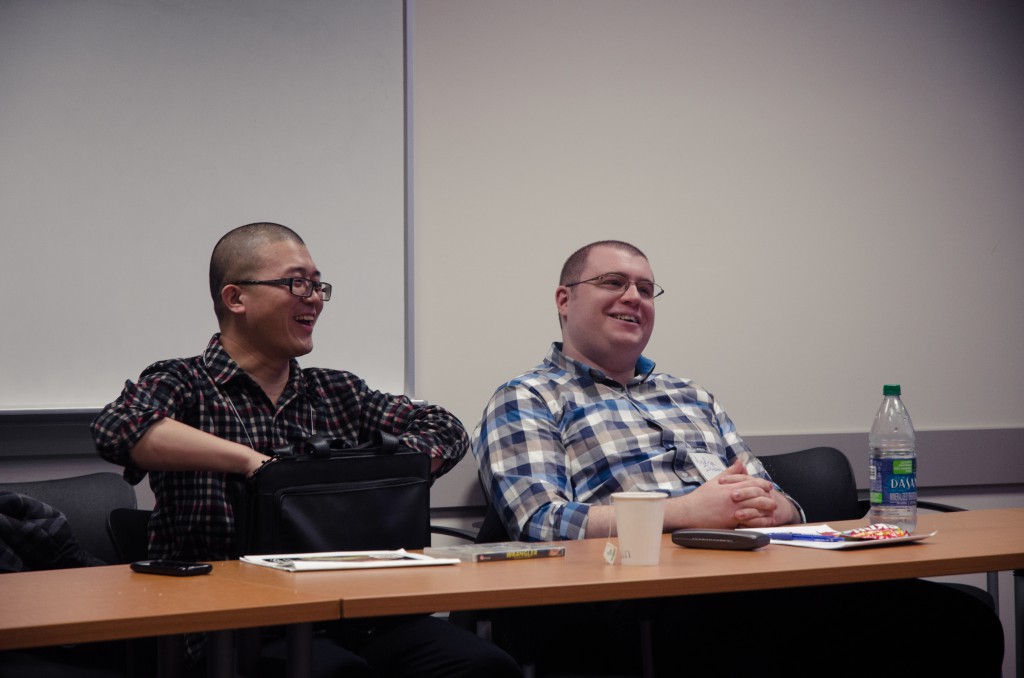 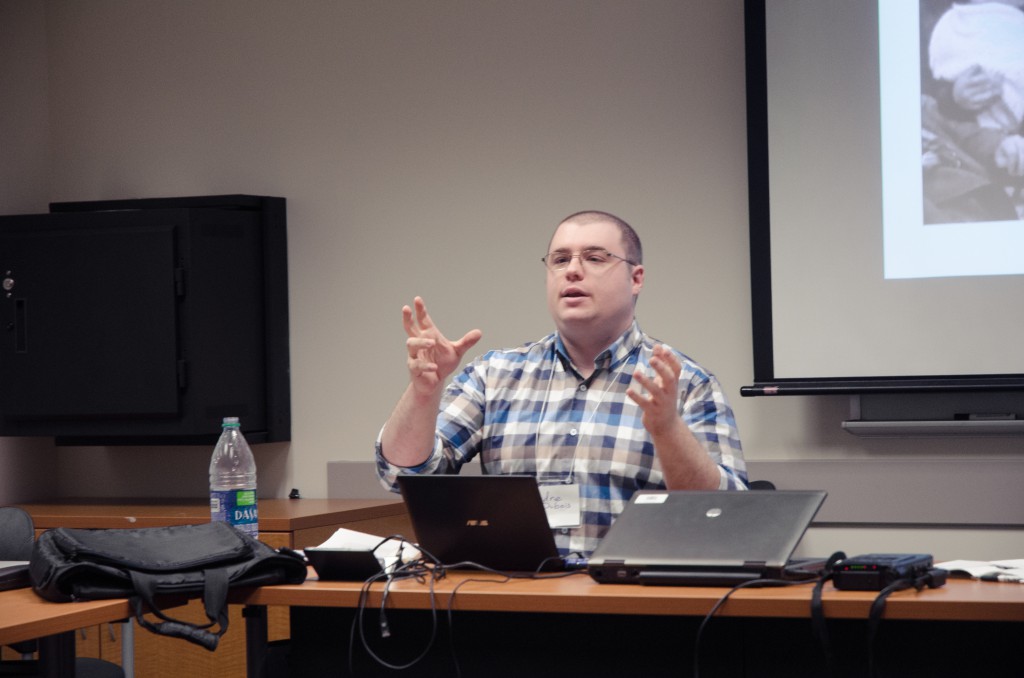 For this paper, Andy looked at three sports documentaries in 1960s Quebec as examples of the transformative power of cinema and sports in general. The films in question were Un Jeu si Simple (1964), La Lutte (1961) and Golden Gloves (1961). The choice of this historical  period, as well as the choice of sport films in particular, are both very important for this paper. During his presentation, Andy argued that this period of social change in Quebec, which included a radical move away from the institutional boundaries of the Catholic Church, had people looking elsewhere for structure and community. “What constitutes acceptable thoughts in a culture is thought through institutions,” Andy noted, “and sports play an important role in this process.” An interesting example is Un Jeu si Simple, where the labelling of hockey as the “national” sport is an interesting semantic choice. “Additionally,” mentioned Andy, “hockey becomes more than a ‘simple game’ when it becomes synonymous with sacrifice, and the team uniform becomes an armour.” As for La Lutte and Golden Golves, what is important to note is the quasi-mythological nature of the sports and the heroes it constructs. What is particularly telling in these films is the creation of an icon which the spectators can “worship.”  As Andy added, “in this period of the Quiet Revolution, McKenzie suggests that professional sports supplant the church as a means of building communities.” What is important to note, despite the fact that these films were produced in a particularly important historical period, is that both socio-political events and sports are cyclical in nature and this type of correlation between sport and history will continue to take place. 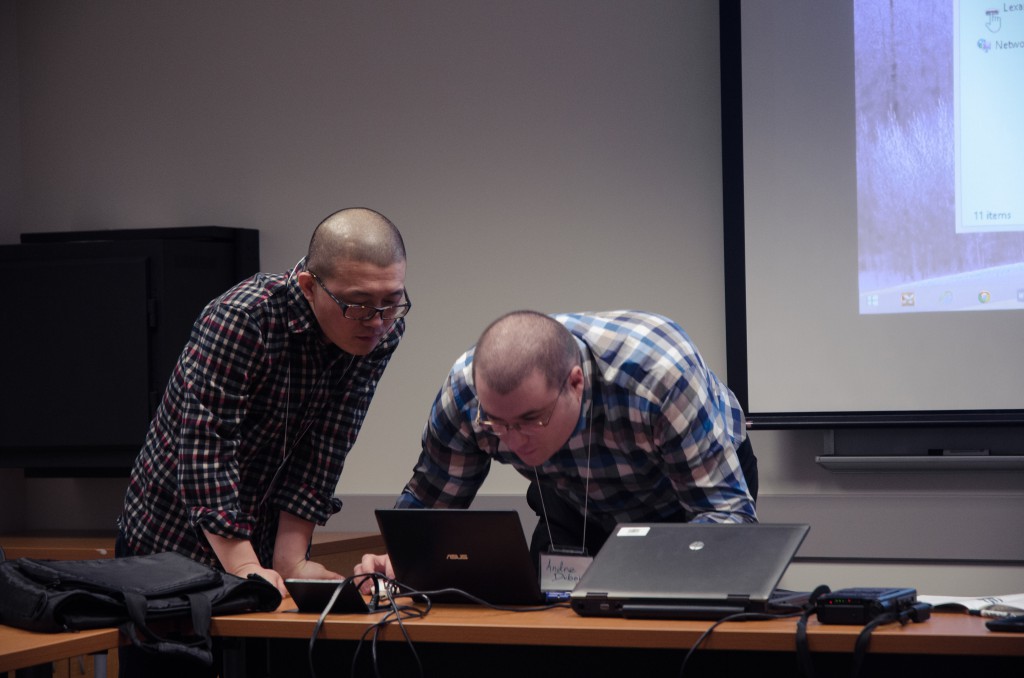 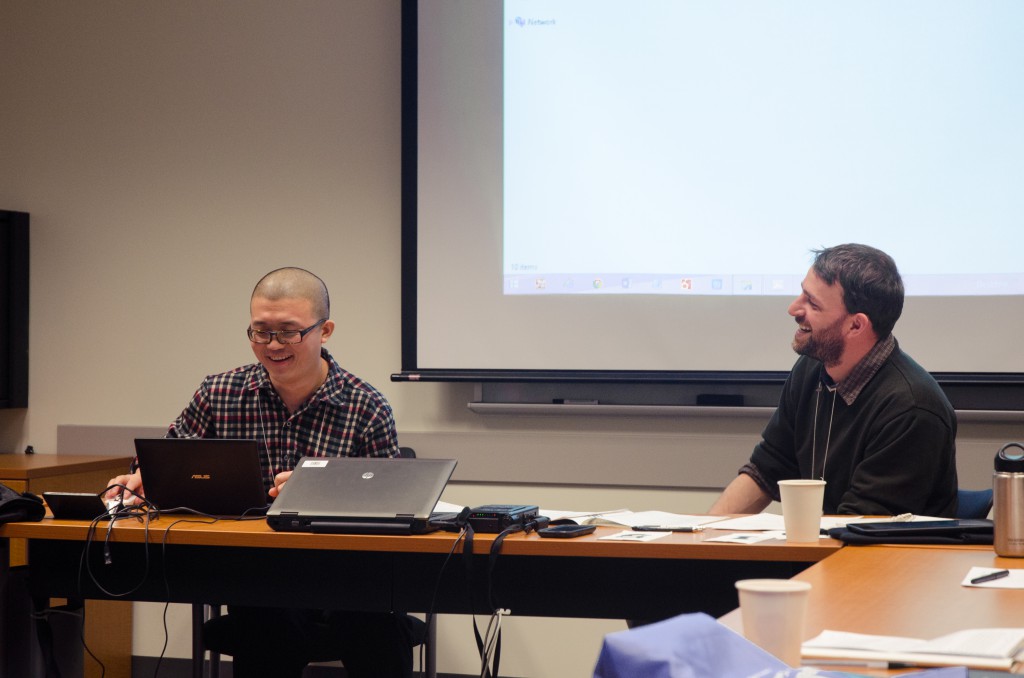 All in all, “Media and Material Culture” was an extremely interesting panel and it was quite nice to see two of our students take part in this conference. Moreover, even though their presentations were extremely different, it was particularly refreshing to see both Andre and Mao’s papers being presented back to back.

If you’re interested in knowing more about both papers, they should be published in the inaugural issue of the new journal of the Sociology and Anthropology Graduate Students Association.