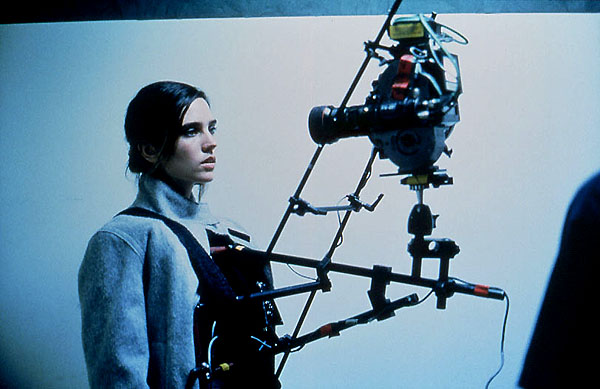 Grad/Aperture invited Concordia graduate students who will be giving papers and chairing panels at SCMS 2015 to promote their presentations. The second contribution comes from MA student and Grad/Aperture Contributor Philippe Bédard on his paper, “Techno-Aesthetic Study of Third-Person Fixed Perception Shots.” Philippe presents his paper on Wednesday, 25 March at 2:00PM-3:45PM (Session C7).

My paper studies what I call “third-person images” in order to demonstrate the benefits of an approach to film analysis that considers the interaction of the technical and aesthetic characteristics of a given film. By looking at these elements, I demonstrate the potential influence of third-person images on the narrative point of view within the diegesis, and on the spectator’s critical relation to the film.

While my paper originally intended to focus solely on third-person images, I realized that trying to define this unusual point of view would mean having to define what I meant by “point of view.” While we normally think of the point of view as a narrative concept, there are in fact many more ways we can approach this notion. Through my readings, I came across Jacques Aumont’s “Le Point de Vue” (1983) which suggest a four-tiered understanding of the point of view: as physical, optical, narrative and critical. Since finding this, I decided to shift the focus of my presentation towards an introduction and definition of the concept of point of view. It’s by doing this that I show the advantages of an approach to film that doesn’t consider just its narrative and conceptual aspects, but also its technical and aesthetic characteristics.

For those of you who won’t make it to my presentation, or who want to sneak a peek at some of the images I will be discussing, you can take a look at this playlist I assembled of third-person images in film and television.