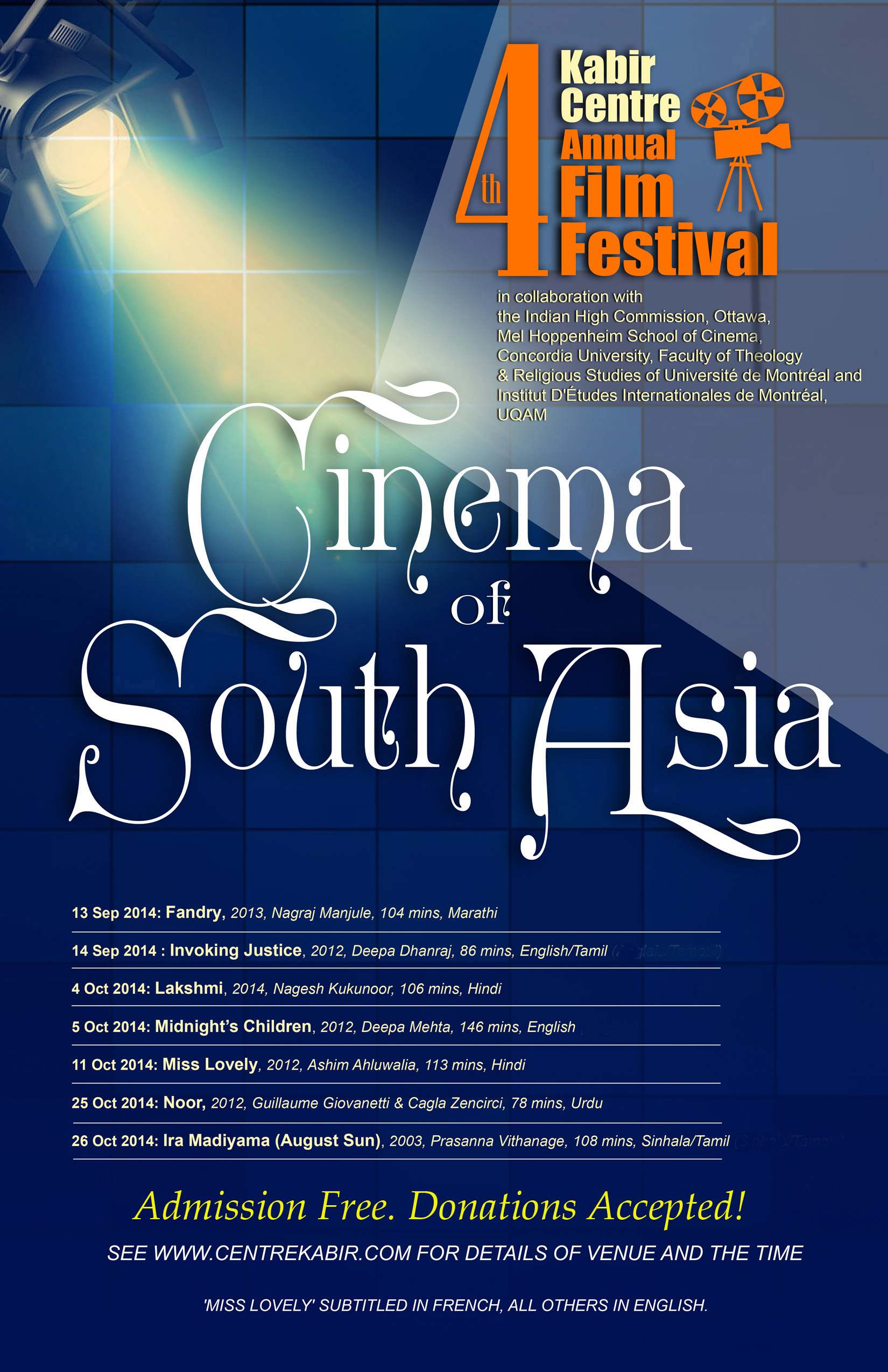 For the next week, The Kabir Centre’s 4th Annual Film Festival is presenting south Asian films, many of which are screening at Concordia:

The film is subtitled in English and the roundtable discussion will take place in English.

The latest film by Nagesh Kukunoor (Hyderabad Blues, Iqbal, Dor) attacks the serious and sadly widespread problem of child and young women trafficking in India and endeavouring to convey a message of hope and heroism.

Based on true events, Lakshmi, a 13 year old girl is abducted and sold into prostitution. Thrown into a horrific world where she is raped and brutally beaten, she survives with the help of women of the brothel and her own will to never give in. Rescued by a police raid and helped by an NGO, Lakshmi decides to stand in court and take down her oppressors in what became a landmark case in India.

The film is subtitled in English. The discussion will take place in French.

You have read the book Midnight’s Children, the award winning and much acclaimed novel by controversial writer, Salman Rushdie? Or have you heard of the captivating story of these two boys born at midnight and exchanged in the uproar on the day of the independence of India and Pakistan? We invite you to join us to see the long awaited colorful film adaptation by the talented Indo-Canadian filmmaker, Deepa Mehta (Fire, Earth, Water, Heaven on Earth)!

Synopsis: Those were times gone by, in India, in Pakistan and in Bangladesh, between 1917 and 1977, the times of the birth of nations, their bloody separations and the wars of independence between brothers-turned-enemies. Two boys interchanged at birth grow up in societies under intense mutation, between wealth and poverty. Saleem could not care less about external events, he is preoccupied with children’s voices which he hears almost every night. While growing up, the young man learns family secrets and discovers that the voices in his head originate from persons who perhaps exist in reality…

When: 6pm – SAMOSE WILL BE SERVED

The roundtable discussion will take place in French.

Does the world of the C-grade film genre of the 1980s Bombay intrigue you? We introduce you to one of the most daring Indian films in recent years! This film was originally a documentary project that got transformed into a fiction film due to the risks attached to the clandestine nature of its subject. The unique approach of the director of this amazing film, selected at Cannes in the category Un Certain Regard, will impress you ..

Thanks to Catherine Bernier for the tip! 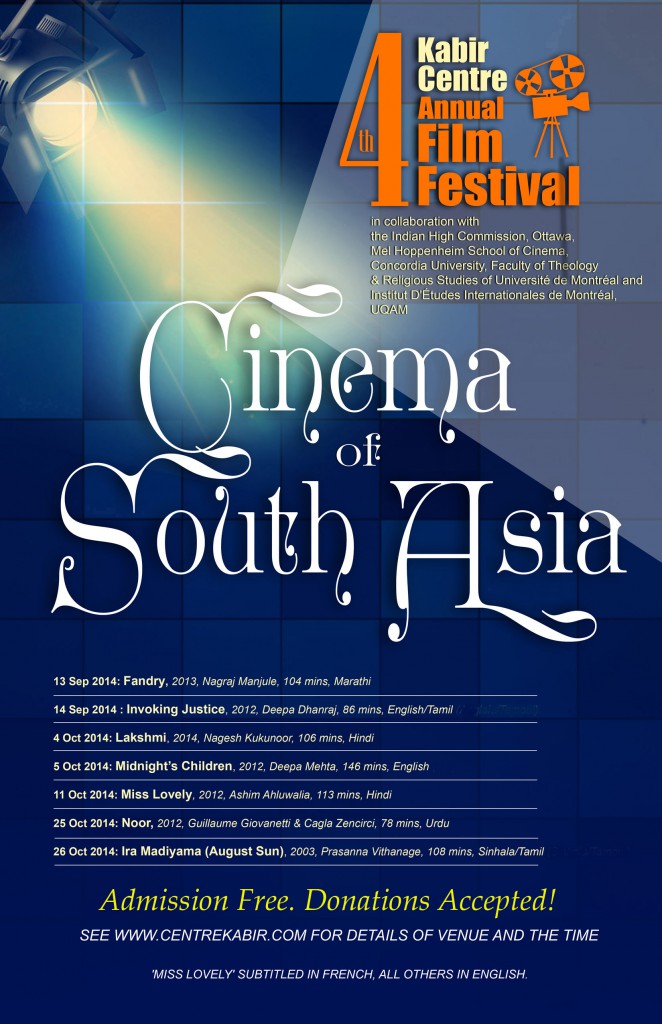