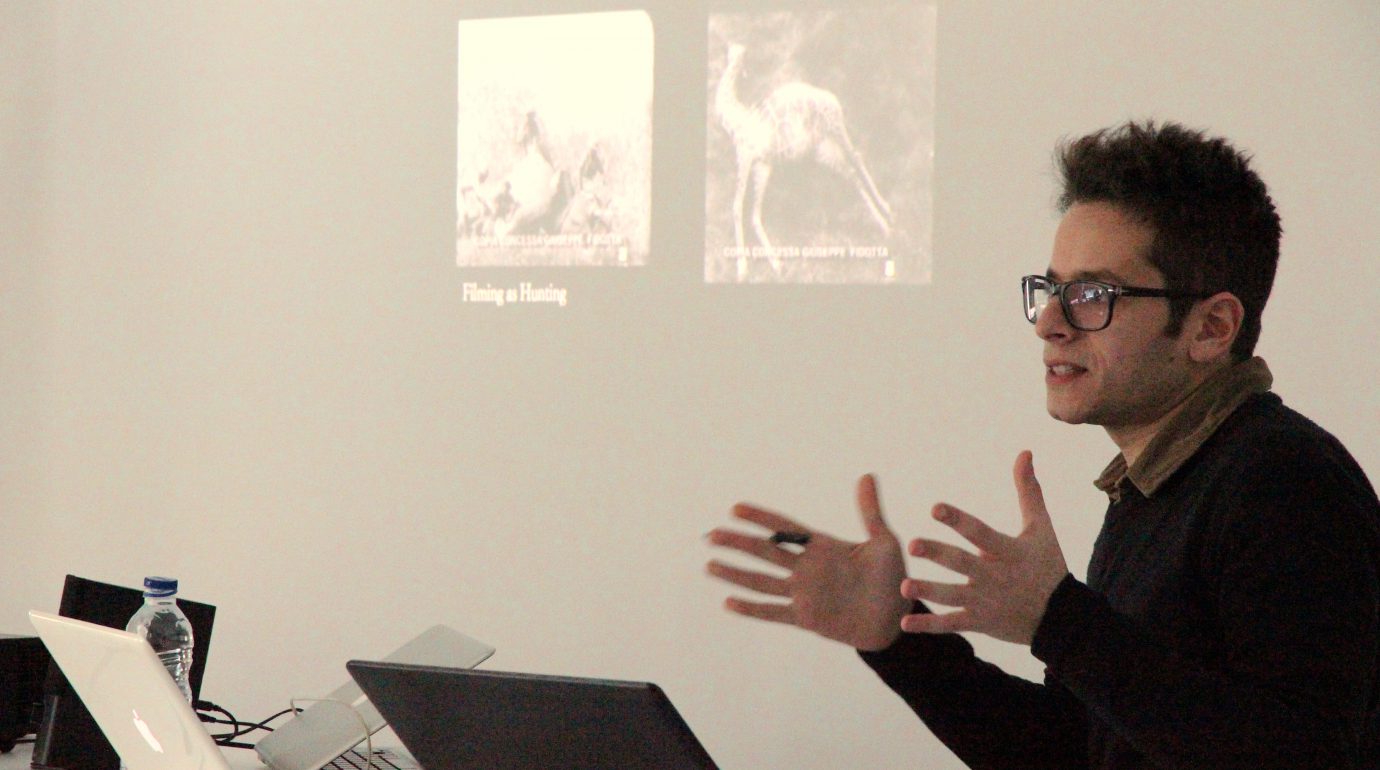 Giuseppe Fidotta, a third year doctoral  student in the Film and Moving Image Studies Program, is the latest recipient of Concordia’s Stand-Out Graduate Research Award, a $1000 prize given twice a year to students recognized for demonstrating exemplary research skills in the field of “Persons and Society” and “Technology,  Industry, and the Environment.” Fidotta’s award-winning work focuses on Italian film productions set in the former colonies of East Africa during the fascist era (1922-1943).

The following is an excerpt from a concordia.ca story by Tatiani St. Louis:

Fidotta’s project was developed in dialogue with a research collective of anthropologists, historians, media practitioners and Africanists. It concluded in the publication of the book Cine-Ethiopia: The History and Politics of Film in the Horn of Africa, the first academic volume dedicated to the history of Ethiopian cinema. Fidotta contributed one chapter in the book on fascist imperial cinema.

The essay explores the imperial imagination actively promoted by the government of Benito Mussolini, the fascist dictator who ruled Italy from 1922 to 1943, through cinema. It also demonstrates how cinema contributed to the colonial rule through its actual participation in repression, surveillance and exploitation of indigenous people.

“This proves the importance of cinema as a key cultural instrument of colonial rule also in the metropolitan centre, where these films contributed to building a renewed sense of imperial and national identity,” writes Fidotta.

According to the researcher, the project has helped excavate a tragic history long-time erased from both public memory and scholarship.

“What I found was a delusional myth-making machine trying to enforce what was then called the ‘imperial consciousness’ among all Italians,” explains Fidotta.

“The main product of this machine, the imperial documentary, is a hybrid object that defies common understandings about documentary, propaganda, information and fiction.”

Movies are not to be studied in isolation, he notes. The Mel Hoppenheim School of Cinema has helped Fidotta approach film and media through materialistic lenses that bring into focus its industrial and political dimensions, moving away from more traditional perspectives.

“As a cultural historian, I believe that history explains the present and influences the future,” he says. “I conceive of this research as militant in nature, because it touches upon the tangible issues brought about by unresolved conflicts and contradictions of the colonial era in modern-day Italy.”

For the full story, and more information on the Stand-Out Graduate Research Award, click here.