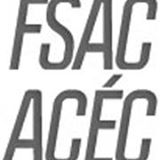 Please join us in congratulating our own Juan Llamas-Rodriguez, winner of the 2013 Film Studies Association of Canada (FSAC) Graduate Student Writing Award. The award was announced last week at the annual FSAC conference in Victoria, BC.

Juan’s essay, titled “Narcocinema, Diasporic Video Stores, and the Politics of Genre”, was written as part of an independent study with Professor Haidee Wasson over the course of last summer.

Juan has just completed his MA in Film Studies.He has been accepted into the PhD program in the Film and Media Studies Department at the University of California at Santa Barbara where he will be starting next fall.
Congratulations!