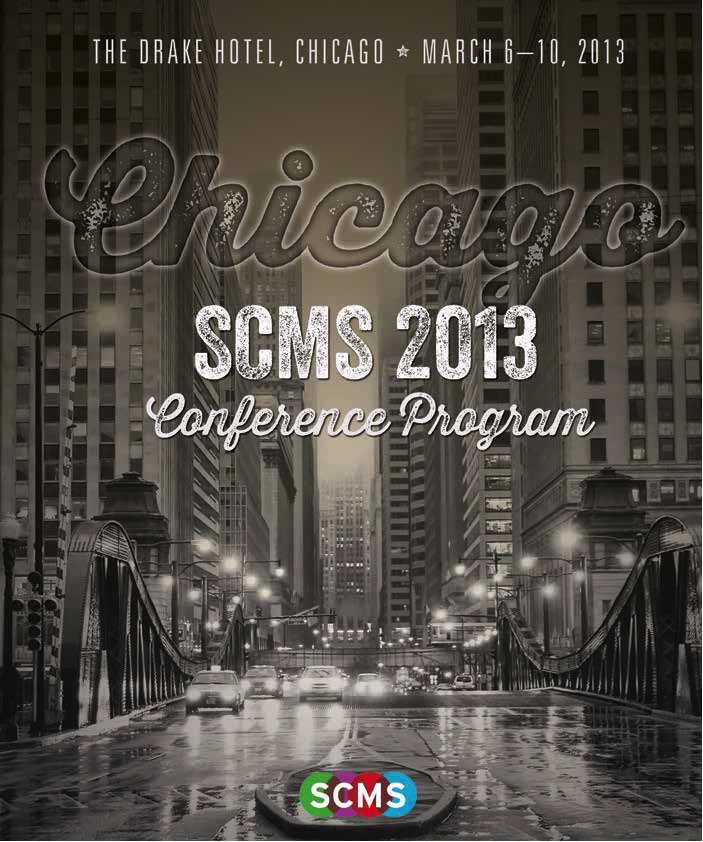 The Society for Cinema and Media Studies holds an annual conference where academics, students, and independent researchers get together and share their work on any number of topics related to the study of media. This year, in addition to many MHSoC faculty members attending, there is quite a student contingent making its way – some for the first time – to Chicago for SCMS13! Check out brief descriptions of their presentations below, and read their full abstracts in the Resources page (list is ordered alphabetically):

Brandon’s paper is concerned with situating the current politicized debates on broadband access within a historical continuum of contested control, in order to begin to understand what it might mean for the future of broadband if it is going to be regulated in the same way as a public institution or utility.

Brandon is also chair of the panel Public Interactions with Cyber Connectivity, which he organized, and where he and Zach Melzer will present.

Rachel’s presentation will deal with the conceptual relationships between the archive, repressed histories (in this case, the occupation of France by Nazi Germany) and the index in the Argentine found footage film La guerre d’un seul homme by Edgardo Cozarinsky.

Dru will argue that the Hulk franchise shuts down attempts to create diegetic consistency across all media texts, prompting us to replace our idea of a consistent narrative universe with that of a fractured narrative multiverse that draws upon and contributes to the character’s complex multimedia canon. Similar to the way myth circulates in culture and the collective unconscious, these hetereogeneous stories defy simple canonization beyond the unifying “core elements” that give integrity to the character and promote additional engagement with the character in other media beyond the cinema.

Juan Llamas Rodriguez – “What is Narcocinema? Or, the Politics of Genre Repurposing in Informal Film Distribution”

Expanding on his previous work on narcocinema, Juan’s paper will explore what are the implications of using this category within its distribution channels, primarily those that are informal, focusing both on the political stakes and on the specific commercial practices that naming these films as part of a ‘narco genre’ entail.

Zach Melzer – “For a History of Networked Societies’ Cultures: Between Screens of Limestone and a Bowl of Light”

Zach’s paper deals with the historical development of Times Square and explores how, in order to understand the complexities of its function as a node within the networked financial world, what is needed is a comprehensive assessment of the negotiations between various political, economic and cultural bodies involved with these processes of urban development.

Matthew Ogonoski – “Minute Movies and the Divergence of Commercial Film from Commercial Advertising in Early Cinema.”

In his presentation, Evangelos will argue that the smartphone application Grindr conceals, while appropriating, a history of discursive surveillance which has always controlled and punished gay male bodies and desires. Arguing against a discourse of “community building” and “social networking,” he asserts that Grindr achieves this covertness by integrating itself into neoliberal models of self-empowerment, flexibility and choice.