The CGFSSA is happy to announce to the program for the Third Annual MA Symposium: 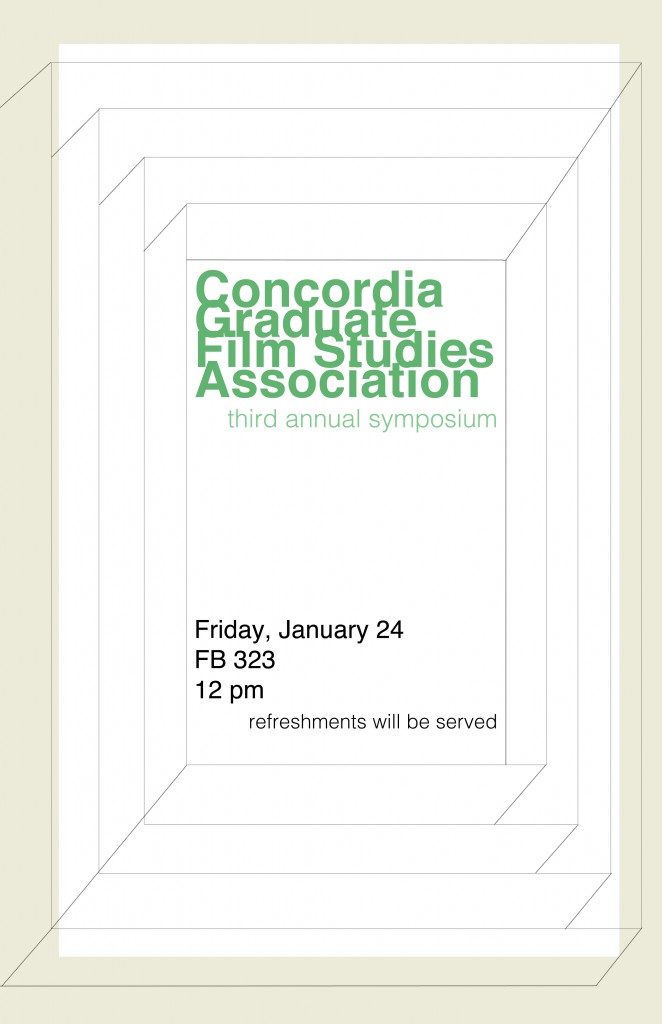 The event will be held next Friday, January 24th, in FB 323 at 12pm. Each presentation will be 10 to 15 minutes, followed by a short Q&A. This is a great chance to see what your peers are working on, share ideas, and provide valuable feedback.

The CGFSSA will also provide coffee, tea and snacks!