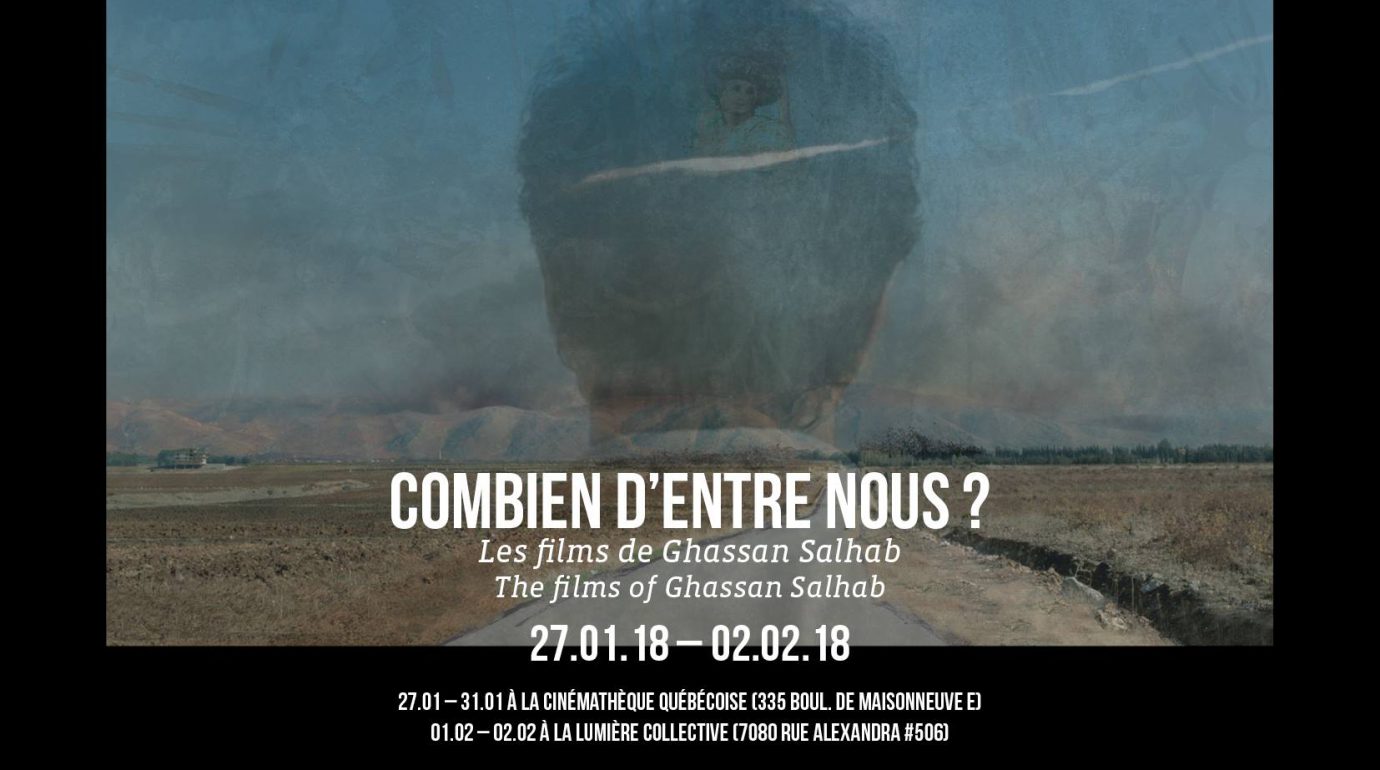 From the event page:

« Born in Dakar, the filmmaker, also a writer, grew up and lived between Senegal, France and Lebanon. In between three countries, in between two languages. Between fiction and essay. Between cinema and literature. Always in between. It is not a matter of choice, it’s a matter of simultaneity. Image and text. French and Arabic (and English and German). […]

This program presents his five feature films and three essays directed between 1998 and 2016, placing side by side and for the first time, his fictional and essayistic practice. Within these two modes of writing, shots, actors, sounds, frames and words are repeated, showing that for Salhab fiction and essay interact through a relationship of tangency and that his practice consists of navigating these tangents. […] »
– Nour Ouayda, November 2017

The filmmaker will attend every screening.