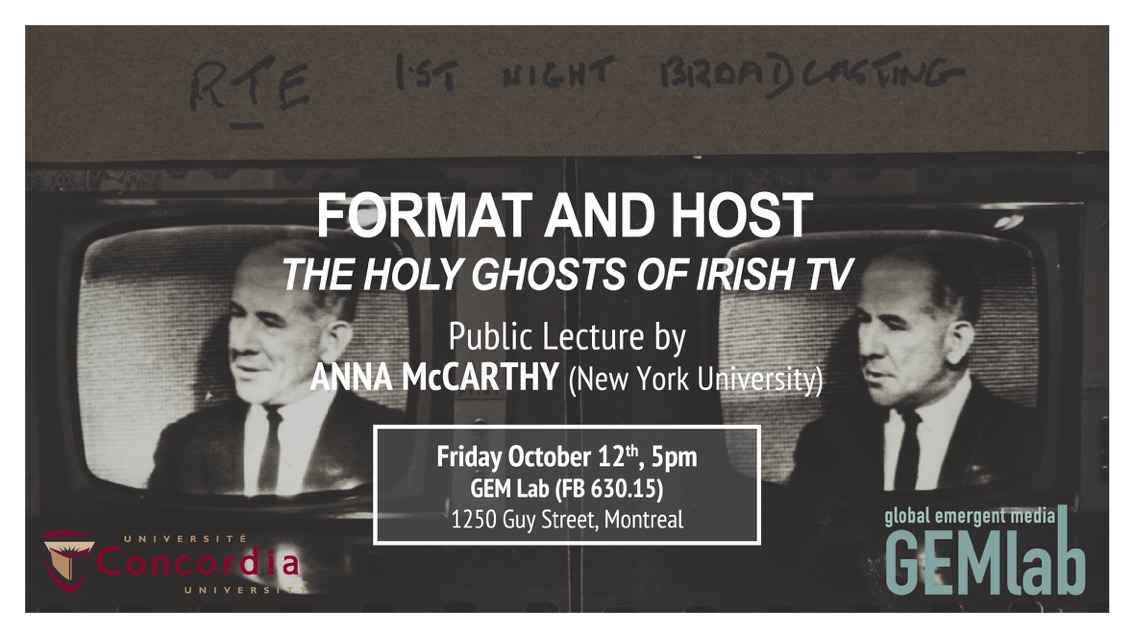 Anna McCarthy, Chair of the Department of Cinema Studies at New York University, will be presenting this lecture as part of GEM’s Media and Paranoia series. Anna is co-editor of the journal Social Text, and has published widely on television, material culture, governmentality, including the co-edited anthology MediaSpace (Routledge, 2004), and the monographs Ambient Television (Duke University Press, 2001), and The Citizen Machine (The New Press, 2010).