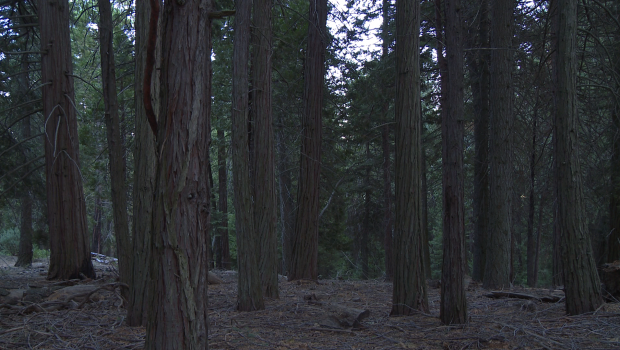 Two upcoming screenings by James Benning at the Cinémathèque québécoise that may be of interest to many:

A re-make of Dennis Hopper’s Easy Rider. Shot at the same locations of the original film, the re-make takes a closer look at place.

Followed by: James Benning in conversation with Martin Beck

A 97 minute shot of light and sound changing in a forest near the summit of the Sierra Nevada during nightfall.

Presented in collaboration with the Leonard & Bina Ellen Art Gallery.

Artist James Benning has been making films since 1970. He has taught at California Institute of the Arts for 25 years.

Information on the Cinémathèque québécoise: