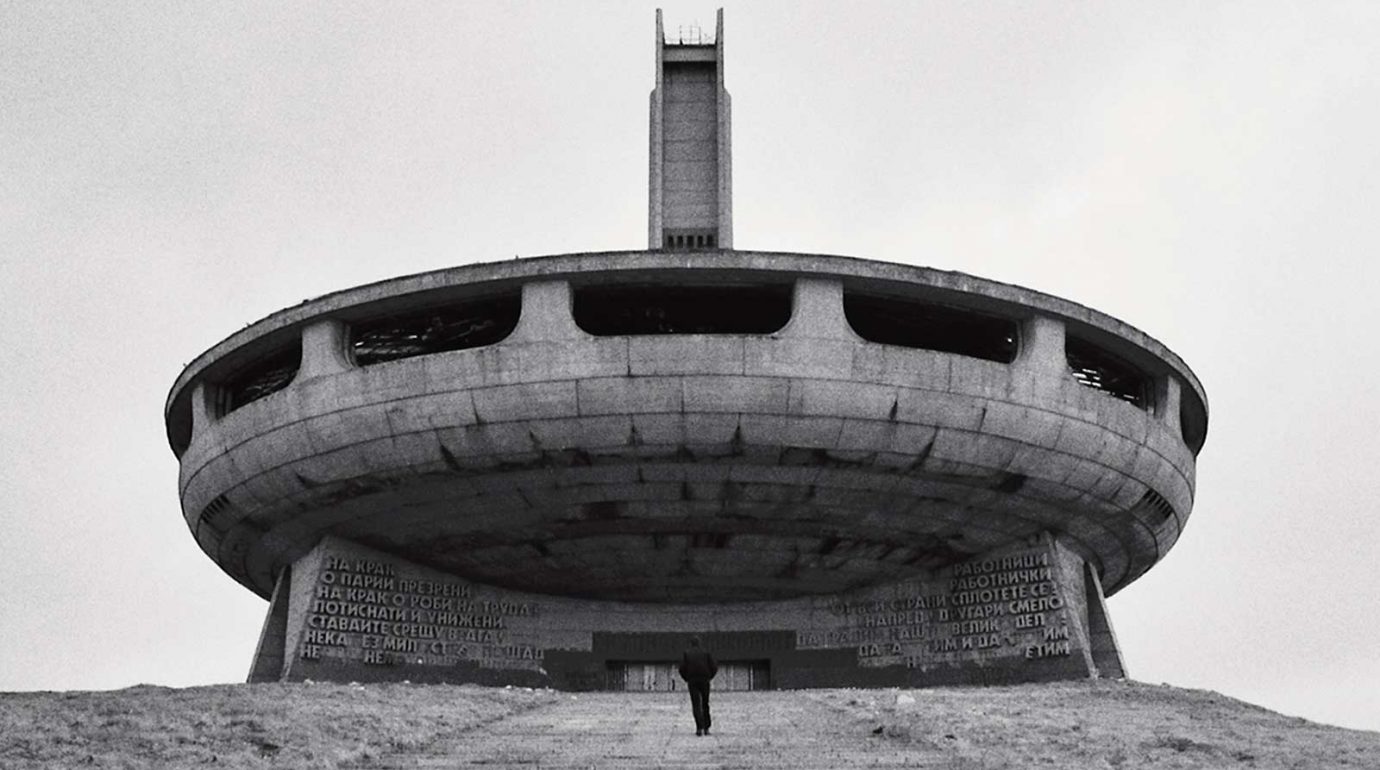 About: Director Salomé Lamas associates the filmmaker’s task with that of the translator. This class explores the relationship between language, symbolic systems, images, and material reality. Space is limited: Register by email to daniel.schwartz2@gmail.com.

A poetic exploration of post-Soviet space, “Extinction” is a film about border crossing in and around the breakaway Republic of Transnistria. Nestled between Moldova and Ukraine, the region is a potential time bomb that threatens to further disrupt geopolitics in Eastern Europe. (The Russian Army maintains a presence in Transnistria on Ukraine’s western border). The film follows Kolya, a self-declared Transnistrian national, as he crosses and re-crosses checkpoints, wanders through post-Soviet ruins and encounters mysterious figures who regale him with Russian anecdotes. An eclectic patch-work, the film’s fragments draw the viewer into the collective imaginary of the Soviet Union. The film comments on Vladimir Putin’s latest political stance of “war without war, occupation without occupation” while simultaneously exploring Sandro Mezzadra and Brett Neilson’s notion of the “border as method.”

These events are in collaboration with la lumière, Concordia’s GEMlab and Feminist Media Studio, and McGill University’s Russian Department. 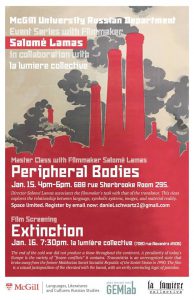