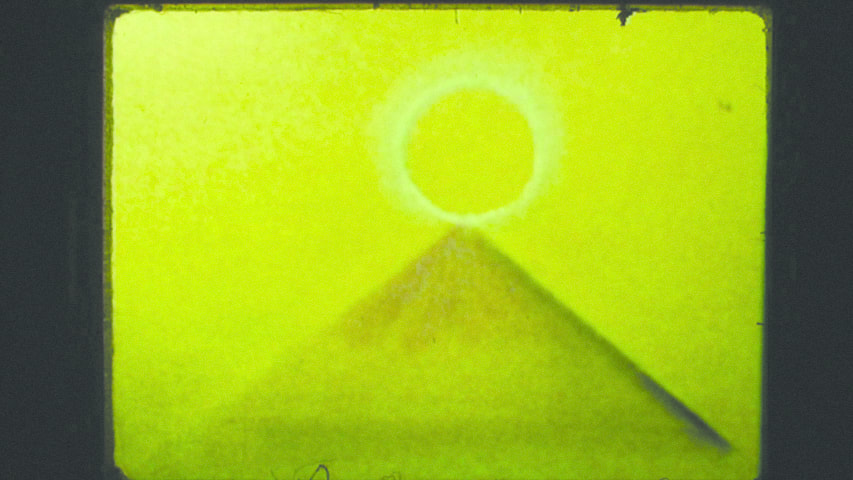 As part of its Dialogue series, VISIONS presents:

“The Peak Experience brings together a selection of my works with experimental animations from Sebastian Di Trolio’s extensive film collection. With an archive of film prints that is ever expanding, Sebastian has been collecting and saving 16mm prints often destined for obscurity. Within his living archive is a treasure-trove of animated jems from North America and beyond. The animated works in this programme include works by some of my favourite artists who have expanded the notion of animation beyond the traditional, melding material innovation, narrative investigation and a passion for the avant-garde. Screening with these works are recent experimental animations of my own, and a premiere of my newest work”.
– Leslie Supnet

Leslie Supnet is a moving image artist based in Toronto who utilizes animation, found media, and experimental practices on film and video to create psychological narratives about loss and change, as well as abstracted visions of a desired future. Her work has shown internationally at film festivals, galleries and microcinemas including TIFF (Short Cuts Canada), International Film Festival Rotterdam, Melbourne International Animation Festival, Experimenta India, International Short Film Festival Oberhausen, WNDX, Edge of Frame/Animate Projects, and many others. She has been commissioned by Reel Asian, Pleasure Dome / Art Spin, the 8 Fest Small Gauge Film Festival, Cineworks, and Film Pop! (Pop Montreal). Leslie has an MFA from York University and teaches analog and digital animation at various artist-run centres, not-for-profits and for the Faculty of Art and Continuing Studies at OCAD University.​

The filmmaker will be in attendance.