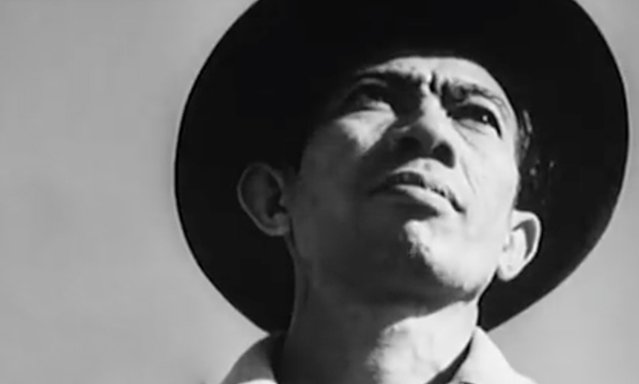 You’ve had your extended mid-term break, and now it’s time to dive into nothing but school work. But you need a break now and then, and there are some great events on this week for a good night off. Here are a few things to distract you from school work this coming week, February 26 to March 4, 2017.

Join Cinema Politica Concordia, Mel Hop School of Cinema, and Thomas Waugh to celebrate Waugh’s new book, The Conscience of Cinema: The Works of Joris Ivens 1926-1989. Head to The Hive Café at 5:30pm on February 27 to celebrate Tom’s book—free digital copies of the book will be given to the first 30 guests!

After the book launch, why not see some of Joris Ivens’s work? This week’s Cinema Politica screening is a double feature, kicking things off with Kim Webby’s The Price of Peace and followed by Ivens’s Indonesia Calling. The show starts at 7pm on Monday, February 27 at Concordia.

If you don’t want to go to the Cinema Politica screening, of course, you can check out Bar le Ritz’s 35mm screening of Steven Soderbergh’s 1999 film, The Limey! Starring Terrence Stamp, Luis Guzmán, and Peter Fonda, the film follows Stamp as he attempts to hunt down the men who killed his daughter. See it on February 27 at 8pm at Bar le Ritz!

JP Sniadecki, Assistant Professor at Northwestern University, and affiliate of the Harvard Sensory Ethnography Lab, is giving an artist talk titled “Yumen (2013) and work in progress” this week. The talk will take place on Friday, March 3, at 6pm at Concordia’s J.A. de Sève Cinema.

VISIONS, in collaboration with la lumière collective presents Foreign Parts, about “a strange community where wrecks, refuse and recycling form a thriving commerce,” according to promotional material. The film is screening at la lumière collective (7080 rue Alexandra, #506) at 8pm on Saturday, March 4. For more information, head to the Facebook event page!

Do you have an event you think we should highlight? Email us at gradaperture@gmail.com.