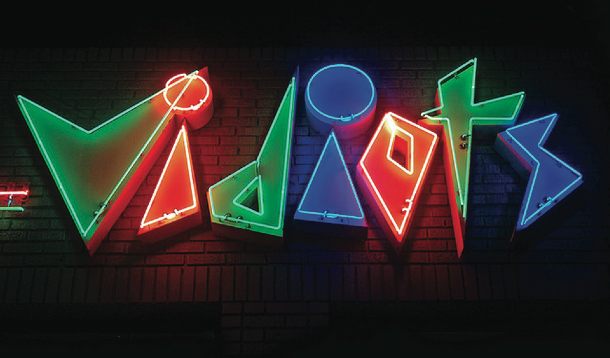 ARTHEMIS is pleased to present “On Film School and the Strip Mall: Video, Video Stores, and the Thresholds of Cinematic Knowledge”, a talk by media scholar Daniel Herbert (University of Michigan) on Friday, November 7th at 4pm in room EV 1.615.

“Historically, video stores in both big cities and small towns often served as de facto cinémathèques and informal “film schools.” Now that Netflix and other digital delivery services have largely destroyed the brick-and-mortar video rental industry, some surviving stores have made efforts to formally re-define themselves as cultural and cinematic institutions. This prompts a number of questions: What has been the pedagogical function of video rental? How has video store culture been informed by formal, academic understandings of cinema, and vice versa? In what ways has the video store, and video culture more broadly, impacted the formulation and circulation of cinematic knowledge? Drawing on a number of case studies, including interviews with workers at Vidiots in Santa Monica and Scarecrow Video in Seattle, both of which recently became non-profit organizations, as well as an analysis of a community of videophiles who aim to keep “video alive” by continuing to release movies on VHS, this talk will examine how video culture challenged and continues to challenge certain thresholds standing between different epistemologies of cinema.

Daniel Herbert is a scholar of media culture with particular interests in media industries, geography, and cultural identities. His dissertation explored cinematic globalization through the lens of Hollywood remakes of foreign films. His book Videoland examines the ways that video rental stores altered movie culture from the 1970s through the 2000s. Drawing from archival research and fieldwork conducted from 2008-2012, this book provides a critical reflection upon the brick-and-mortar video industry at the moment of its disappearance. More than a simple story of an industrial rise and fall, however, this work conveys the importance of video stores to the many people who shopped and worked inside them.”