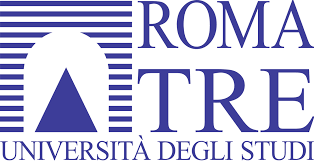 From Spectacle to Entertainment: Cinema, Media and Modes of Engagement from Modernity to the Present

Over the course of the twentieth century, film style and consumption has been investigated in relation to both live performance practices and pre-cinematic visual devices. In particular, film scholars have focused on the ways cinema has re-mediated elements of the nineteenth century culture of spectacle; how film has complemented these elements with technological innovations; how it has relocated them within new visual regimes; and how cinema has represented an essential point of conjunction between the developments of popular entertainment and the dynamics of modernity.

The notion of attraction, for example, has allowed the debate in film studies to outline different modes of negotiation between spectacular and narrative regimes, between spectators and modes of representation, and between popular and bourgeois culture. Overall, cinema has contributed enormously to the configuration of modern subjectivity. At the same time, theoretical investigation has also dealt with the relationship between film spectatorship and metamorphoses in modern subjectivity. Notions such as that of visual pleasure, for example, have remapped the discussion of cinematic spectacle onto issues of engagement, subjectivity and corporeality, as well as cultural, political and economical dynamics.

Recently, the discipline of media studies seems inclined to move beyond the notion of spectacle and towards the study of the entertainment practices pervading the present mediascape. Many scholars have reflected, for example, on technological transformations: on their connections to trans-media storytelling; on the way they shape the imaginaries of globalization; and on their influence on the politics and practices of creative industries. Crucial to the analysis of current Hollywood trends is, for example, the notion of total entertainment, as it accounts for both the expansive environments of entertainment created by global media conglomerates and the new immersive modes of engagement.

How can the scholarship on film as spectacle – and in particular its historical, theoretical, and methodological heritage – help us today in understanding our post-cinematic, post-media culture? How is the complex nexus of technologies, visual regimes, cultures of spectacle and forms of

subjectivity rearticulated in current entertainment practices? The XXIV International Film Studies Conference at Roma Tre focuses on these issues in relation to the more established areas of debate – early cinema, ‘classical’, and post-classical Hollywood – as well as in connection to different modes, devices, historical and geographical scenarios.

The conference considers film as a crucial point of convergence between late nineteenth century spectacular culture and contemporary entertainment practices, but the areas of investigation are evidently not limited to cinema. Below are some topics and issues that participant could address from a historical and/or theoretical perspective, as well as starting from specific case studies:

The proposals are to be sent to the following email address: roma3conference@uniroma3.it Please include a title, an abstract (max. 250 words), 3-5 keywords, a short biography, and contact information for the author(s).

Presentations will be 20 minutes long. Languages of the conference are English and Italian.