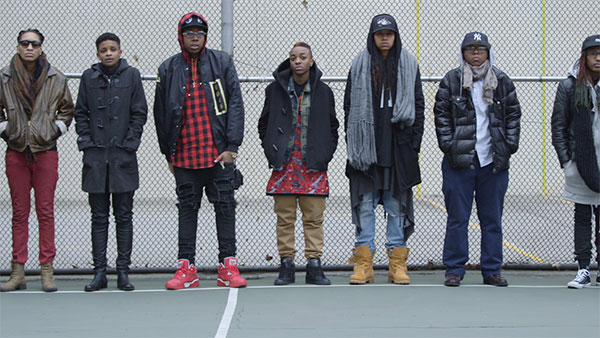 GLAAD-nominated documentary The Same Difference focuses on the lives and communities of black lesbians in the United States. The film explores the situated identities of black lesbians through detailing the pressure of adhering to socially mandated rules and roles within the community. Onuorah unpacks the complexity of these rules through conversations with community members who problematize these categories and provide an understanding of their impact on members who do not adhere to these norms. In order to further explore the complexities of lesbian community identity, Onuorah builds on the discussion through conversations with white lesbian community members, demonstrating that rigid boundaries of identity categories are not limited to black lesbian communities. While the filmmaker develops the perspective of those who are positioned against these prescribed community expectations, Onuorah also creates a space for those who live by and are represented within these roles.

Through the film’s exploration of identity politics in black lesbian communities in the US, Onuorah exposes discrimination that exists within the community. Still, sweet, lighthearted, vindicating moments are found within this narrative, such as when Felicia “Snoop” Pearson (The Wire) is taught how to walk in high heels by her femme friends for an audition. While lighthearted, this moment points to the performativity at the core of the roles prescribed not only in that community, but in society at large. In contrast, more serious moments deal with examples of community members policing each other’s appearances and the consequences of those dynamics. Overall, the film remains relatively nonjudgmental, as Onuorah explores why these identities are important to those who hold them.

After the documentary screening, Third Eye Collective’s Rachel Zellars moderated a Q & A between audiences and director Nneka Onuorah. Onuorah says that her intention with the film was to “make the invisible visible,” at once referring to the black lesbian community as both “toxic” and “hers.” She said that her intention was to address young girls within the community who wrestle with their individuality, their place, and their identities as queer women. Onuorah succeeds in giving space for self-reflection and dialogue, and calls playing into these roles “magnified self-awareness” within a group that is triply alienated from mainstream society: black, gay, and female. She describes a “self-interested misogyny” as an unflattering nuance of the film wherein systematically disempowered peoples try to find ways to regain power.

The second half of the dynamic program featured Pariah, a semi-autobiographical fiction film chronicling a young black woman coming to terms with her identity. Alike (played by Adepero Oduye) is a 17-year-old lesbian existing in two worlds, as a presumed heterosexual daughter of a conservative family and a member of the lesbian community. Alike’s two worlds are presented in the first moments of the film, along with the aesthetic transformation she undergoes in order to navigate each one. Her life’s structure becomes one of evasion. Despite her best efforts to compartmentalize herself, her parents sense the tension brought about by her struggle, and though they refuse to acknowledge her identity, they blame each other for this “phase.” Parallel to The Same Difference, Pariah touches on the stigma and hostility derived from the many layers of rejection faced by Alike.

These films powerfully embody responses to and complexities of exclusion and marginalization, and provide meaningful representation for the black lesbian community. As Onuorah says, “None of us are just one thing.”