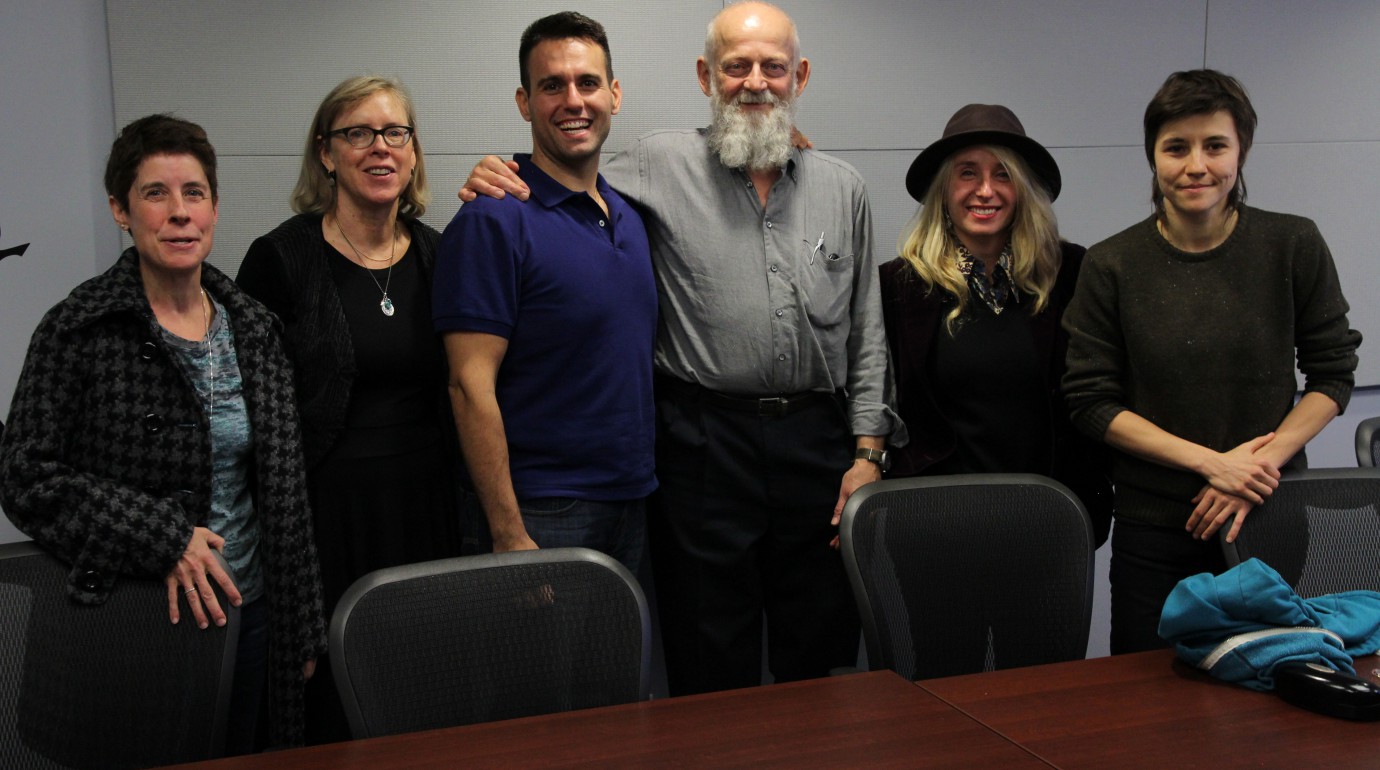 On Thursday, October 30th 2015, Evangelos Tziallas became the third person to complete a PhD in Film and Moving Image Studies at Concordia, successfully defending his thesis—with minor changes—titled Between the Gothic and Surveillance: Gay (Male) Identity, Fiction Film, and Pornography (1970-2015).

For Evangelos, this thesis has come a long way since his early proposals, originating from an interest in Arabic identities in gay male pornography and expanding to include interests in technology, history, and self-authorship in relation to sexuality. His use of the term gothic refers to an uncanny or invisible nature to the representation of gay males during the early periods surrounding the HIV pandemic. Surveillance refers to how identities have become data, categorically sorted, becoming data-doubles or doppelgangers as humans become virtually abstracted and reassembled. This historical process of representation comes full circle as a culmination of circumstances and a return of gay liberation, as the ghosts of the past align with contemporary digital identities.

While the committee appreciated this compelling and multi-layered approach to the subject, several brought up issues with Tziallas’ use of rhetorical flourishes. While flourishes are welcomed, Evangelos admits that they may not be as clear as they should be, a reminder of the importance of defining your theoretical approaches and expanding upon their use. Written over several years, tonal shifts were also identified in comparison to early and later chapters. A personal experience greatly affected Tziallas’ own perspectives on the subject, shifting his approach. No matter how much he attempted to objectively distance himself from the subject, Evangelos considers this project to be somewhat personal, acting as his own voice and a voice for a collective that continues to assert their identity. With minor corrections, this thesis will surely provide new and valuable insight into the studies of pornography, queer cinema, and film history.

On behalf of everyone at Grad/Aperture and our colleagues,