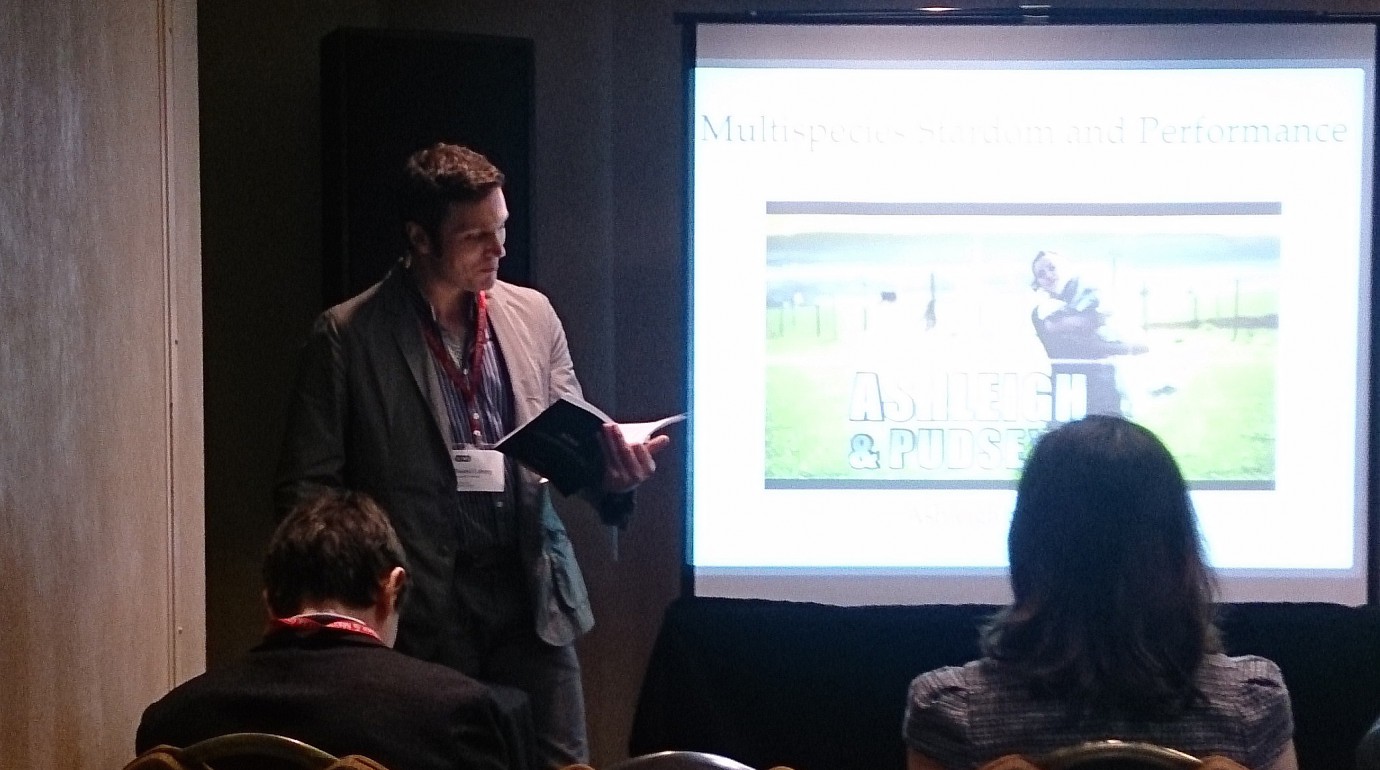 On Thursday afternoon, Dan Leberg chaired a lively SCMS  panel on non-star performances. The craft of acting is practiced in a much broader community than most scholarly work on movie stars implies: %99 of the world’s screen actors are not and will never be stars, and yet they still act. The work of an actor exists beyond the actor’s celebrity status, and yet the creative work of stars in non-starring roles and behind non-traditional performances deserve more scholarly attention than they receive.

Kelly Wolf’s (South Carolina – Columbia) paper on multi-species stardom, Megan Boyd’s (Wisconsin – Madison)’s analysis of performances in avant-garde filmmaking from 1920-1950, and Booth Wilson’s (Wisconsin – Madison) reconstruction of traditions of ensemble acting and filmmaking in early Soviet cinema each thoughtfully engaged with performance styles and situations that exceed Star Studies’ semiotic dissection of the actor’s body and persona. Aaron Taylor’s (Lethbridge) questions as the respondent launched a fascinating discussion on director/actor/writer collaboration and creative agency in screen performances. Dan also encouraged a transmedia debate about the distinction between screen performances (ie. those which appear on screen) and screen-aware performances (ie. those which evidence performance techniques developed expressly for screen technologies).

All panelists and participants left the session feeling excited about the discussion and the next steps of their respective projects, before rushing off to attend their next panels.