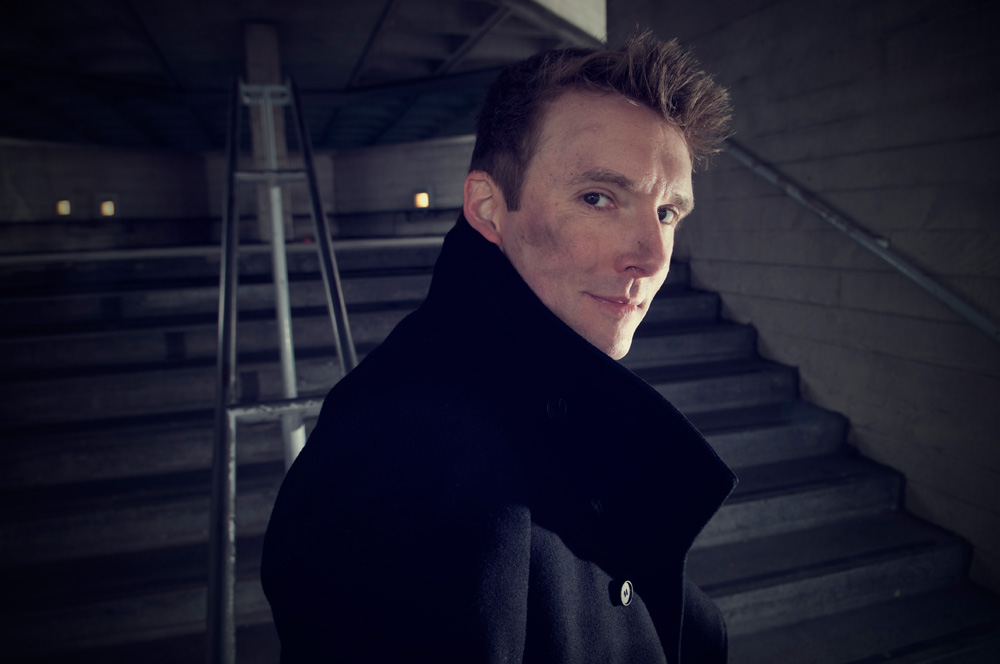 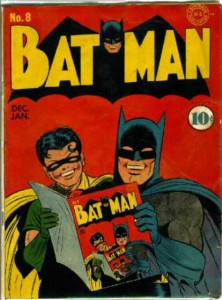 Dr. Will Brooker is a busy man. Aside from his duties as the Director of Research of Kingston University’s Film and Television department and editor of Cinema Journal, Brooker is also a co-creator of the critically acclaimed comic book series My So Called Secret Identity. On his recent trip to Montreal, Brooker scouted locations for next years’ SCMS conference, acted as the external examiner for Dru Jeffries’ successful thesis defence, delivered a fun and engaging lecture, and still found the time to squeeze in a pint or two. Judging by his friendly demeanor and incredible poise, this is all in a day’s work for one of pop culture’s leading academics.

As the second speaker on the roster for this year’s ARTHEMIS lecture series, Brooker’s presentation—entitled “Batman: 75 Years as a Transmedia Text”—provided a chronological look into the many representations of Batman, his cohorts, and nemeses. Spanning Bat-Man’s hyphenated gun-toting origins, the Batusi (Google it in gif format for optimal impact), dubious merchandising strategies and his numerous forays into comic books and cinema, an important question comes to light as Batman becomes a transmedia icon: which came first? This proverbial question was at the core of Brooker’s lecture. 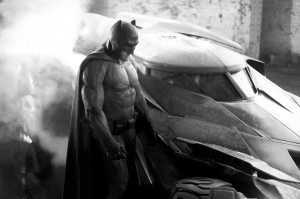 As the Caped-Crusader’s popularity continues to expand into comic books, television, film, and video games, Brooker notes that many of these representations are in dialogue with one another, acting as satellites that perpetuate the Batman brand. New iterations of the Bat appear to find influence in their most successful predecessor, which may explain how images of Batman have changed (or not) throughout history. The current trend of a darker, realism based hero finds its origins in the success of the Nolan trilogy, which in turn, take heavy influence from Frank Miller’s Dark Knight comic. Brooker posits that this trend will surely continue based on the recently released images of Batfleck, the television series Gotham, and Batman’s continued run in the “New 52” comic book series.

Brooker’s lecture led to some interesting questions of ownership, labor, and fandom from the many in attendance. It is safe to say that Batman’s progress is monetarily driven, created by a small group of individuals in the comic industry to thousands at a time in the film industry. Interestingly, new narratives are being produced by individuals who grew up with the Caped Crusader. Ownership of individual characters by different corporations forces these creators into devising storylines without certain elements, depending on the medium. In a sense, the Batman lore is part of a participatory fan culture that feeds the market and keeps it alive. New iterations appear to make affectionate reference to past representations; there is no self-referential criticism à la James Bond or Godzilla, as it could potentially damage its own reputation.

Like many topics that broach the study of popular-culture, the age-old issue of high art versus low art almost came up, but Brooker was quick to challenge the question. Despite its growing popularity in academic circles, there continues to be a stigma associated with comic related content and a drive to give credibility to such objects. The more theoretically inclined scholar may also scoff at Brooker’s lack of formal academic sources. Indeed, his passive mentioning of Henry Jenkins theories on convergence could have been further elaborated. However, Brooker made it clear that he considers himself as a cultural analyst. This kind of topic can be linked to multiple scholarly discourses, and he invites others to explore those avenues in their own work. After all, these stories and characters are part of a global community, and (as Dru Jeffries can possibly attest) there is plenty that remains to be said about these objects.

At the end of his two-hour lecture, Brooker generously continued to discuss the topic with all who approached him. Although the Dark Knight may no longer be his primary object of study, his self-professed geekdom may maintain his interest and willingness to further discuss the topic informally. Keeping in line with the time that past between his two publications on Batman (listed below), Brooker plans to return one last time to complete the trilogy by 2024. Like many, I’d pre-order my copy in a heartbeat.

There is a popular proverb associated with Brooker’s object of study: “Always be yourself. Unless you can be Batman. Then, always be Batman.” For an aspiring academic, being Will Brooker appears to be the next best thing.

Some of Will Brooker’s publications include Batman Unmasked: Analyzing a Cultural Icon (2001), Star Wars (2009) and Hunting the Dark Knight: Twenty-First Century Batman (2012).

Brooker is also an avid user of social media, so be sure to follow him on twitter: @willbrooker 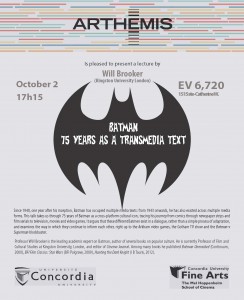