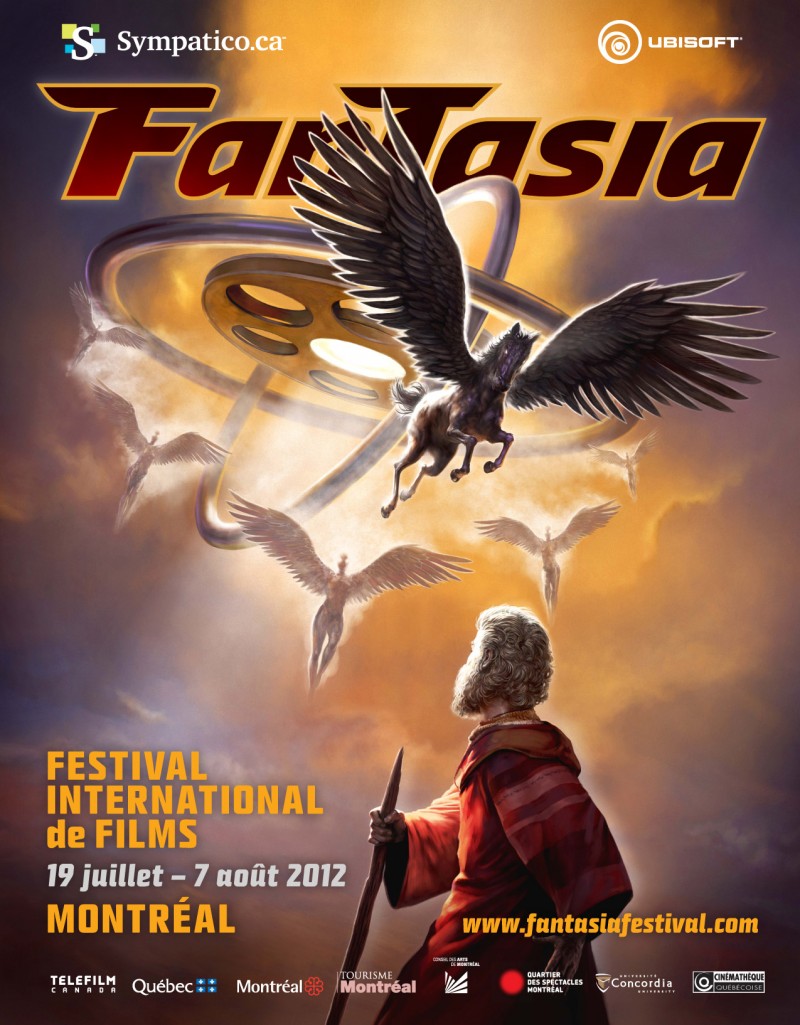 Hosted at Concordia’s own Hall and De Seve theatres, the 16th edition of the Fantasia International Film Festival took place this summer from July 19 to August 9. I was lucky enough to get an internship working as a Communications Assistant, and David Hanley and Teresa Lobos attended as accredited press for Prof. Donato Totaro’s journal Offscreen. Here are some of our experiences of what was the biggest, busiest, craziest year at Fantasia yet. 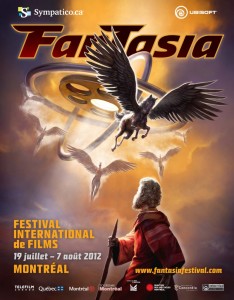 David watched mostly the Asian fare, and particularly enjoyed from the Nikkatsu retrospective (which continues at FNC in October) Massacre Gun, Tokyo Drifter, and Profound Desires of the Gods. Of the new films, his faves included Nameless Gangster, Dragon (Wu Xia), Reign of Assassins, The Kick, The Cat, Love in the Buff, and two terrific horror comedies from Europe, Game of Werewolves and Grabbers. Look for David’s reviews of some of these films, along with a larger piece on the director of Love in the Buff, Pang Ho-cheung.

Teresa checked out a lot of horror films, and was naturally a fan of K-horror titles like The Cat and White: Melody of the Curse, both of which she will be writing about. Other highlights included The Tall Man (from the director of Martyrs, but nothing like that film), Errors of the Human Body, Citadel, Excision, Argentina’s Memory of the Dead, the hilarious A Little Bit Zombie, and Wrong (from Quentin Dupieux!). Both Teresa and I attended a special event screening of The Devil’s Carnival, from the guys who made Repo: The Genetic Opera, and loved it. The pre-show featured a juggling act, a lady performing a ritual with a python, and a costume contest, where unsurprisingly a Na’vi took the prize.

David Bordwell visited Fantasia for the first time this year to give a Master class in Hong Kong cinema. I managed to talk to him for 10 minutes, the videos of which you can catch here. David Hanley sat down with Bordwell for a full interview, which is upcoming in Offscreen! As well, Bordwell presented a special screening of La Jetee (Chris Marker’s death coincided with the festival dates), which both David and Teresa really enjoyed. 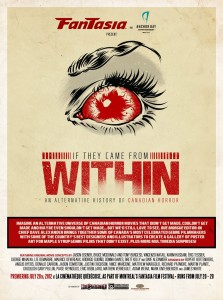 Another highlight for all three of us was the poster exhibition If They Came from Within, featuring artwork and descriptions for all sorts of Canadian horror films that never were. Apart from agreeing with David’s and Teresa’s picks, I also enjoyed Resolution, Arrugas, V/H/S, and my favorite of the fest, Chained (from Jennifer Lynch). I absolutely geeked out over it and got myself a signed poster.

So what did I do for the festival? My main project was community outreach, a title I expect will invoke images of door-to-door, on the ground pamphleting and Harvey Milk-type speeches, but in reality consisted of sending out a lot of emails. It was great work, and I believe I showed people who would’ve never heard of Fantasia all the genre films they were missing. When I managed to sneak out of the office, I got to see great movies, attend fancy and fun parties (karaoke!), and meet starlets up close (AnnaLynne McCord!) – what else could one want from a film festival?