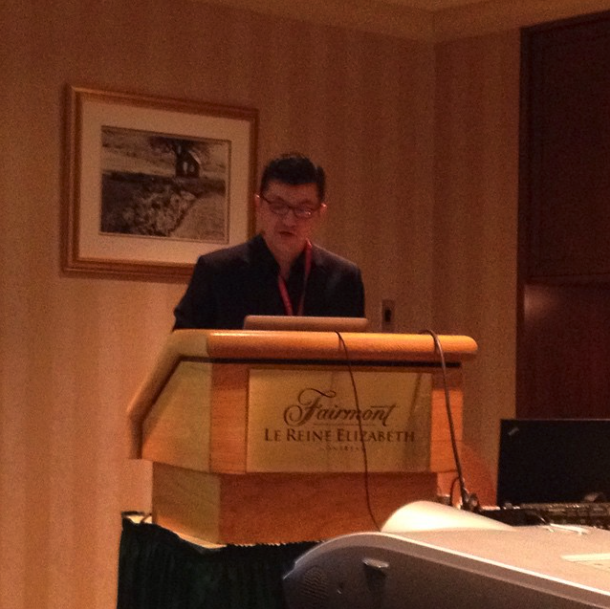 Kicking off day three of SCMS to a great start was the panel “On Paramediality: Transformations and Transgressions of the Paratext.” Following University of Winnipeg’s Andrew Burke, Carleton’s David Richler, and York’s Thomas Dorey, Concordia PhD candidate Matthew Ogonoski closed the panel with a presentation on “’You’ll Like This (Paratext) Because You’re in It’: Sweding, Fan Cultures, and the Remaking of Trailer Aesthetics.” Ogonoski’s primary object study is “sweding” which, at its core, is the practice of recreating portions of a film or a film trailer using household objects and some creative ingenuity.

Ogonoski argues that by engaging with sweded trailers, producers and consumers overshadow the original text’s authority. Sweded trailers are primary objects of consumption that do not strictly function as referents to a narrative, or as a means of advertising. Drawing on Barbara Klinger’s work on replay culture and re-enactment, Ogonoski positions the film trailer itself as a replay of the original text (the film it advertises). The vernacular resulting from this process is that of “trailer logic.” It is this logic that sweders engage with when recreating a trailer. Moreover, sweded trailers are concerned with a trailer’s formal qualities rather than its narrative referent.

Within a broader context, sweded trailers allow us to interrogate trailer conventions to better understand how they function and change. With this in mind, Ogonoski’s presentation highlighted long-established trailer tropes as well as more short-lived examples, such as the infamous “Inception Fog Horn,” or the more recent practice of recontextualizing children’s songs (as in Age of Ultron or Insidious 3). Not only did the presentation provide us with some highly entertaining examples of swede trailers (The Force Awakens, Age of Ultron, etc.) it left us with new ways of understanding these paratexts in relation to the trailers they recreate and to the “trailer logic” they engage with.