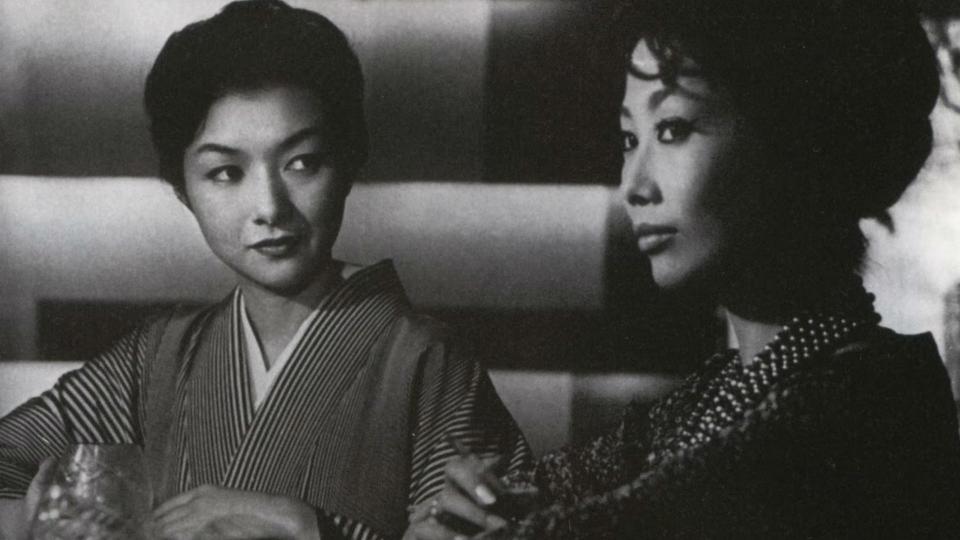 Today, we bring you Part I of MA student Julie Brousseau’s interview with Katie Russell, PhD, Professor of Film Studies, and  current Chair of the Mel Hoppenheim School of Cinema, conducted last semester, on September 27, 2017. Read Part I here.

J: Did you ever work in Film Production?

J: Are you interested in doing Film Production at some point?

K: I would be interested in collaborating with somebody in Film Production, yes. But I respect filmmakers too much to assume that I could jump in and make a movie, or even make a video essay. I know that it’s hard to be a good filmmaker. It takes years of training and skills and I don’t have the time [pauses] or the patience. Why should I anyway, when there are so many good filmmakers out there [laughs]? [pauses] No, I have to say it has never really been an interest.

J: While completing either your Undergraduate or your Graduate studies, did you have a favourite course? If so, what was it?

K: That’s a good question [pauses]. I mean, I remember certain courses have made an impression on me. I remember a course at NYU that was taught by Bill Simon on narrative theory [pauses] or maybe it was called narratology [pauses]. It was a great course because we watched some movies that, to me, were very new. I think we watched a lot of Italian neorealism and new American cinema. We worked on the theory and the criticism together, and it was really a great opportunity. It was a really informative type of class, and a lot of my cohorts felt likewise. To this day I don’t remember the content of it. I mean, now that you ask I’m like, what did we watch? [laughs] I just remember learning narrative theory in a way that was connected to the films. That course was the inspiration for my doctoral thesis on Narrative Mortality in New Wave Cinemas.

J: During your studies, or after, what was your favourite research project?

K: Well, I really liked working on my book on Mikio Naruse [pauses]. Yes, I’d say that was probably my favourite one because I really didn’t want to finish it. It’s a long story how it came to be, but he made [pauses] maybe sixty-seven films? When I began, I thought: “Oh, I’ll never be able to see all those films, they are just inaccessible!” 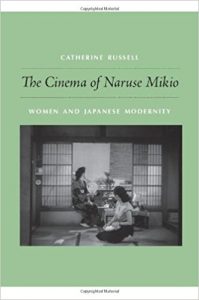 But as things turned out, I was able to see all of them. Then, I decided I would make a very comprehensive study of his work and write at least a few pages on every single film. When I was finished, I thought: “What?! Are there no more films? I could have gone on this way forever!” I was enjoying the movies and the theory. Part of my methodology for that Naruse book was learning about Japan by reading cultural studies work, because I never learned how to speak Japanese. There was so much incredibly interesting and dynamic cultural theory that was being written and I was learning so much about Japan. So, I was able to work the films through this cultural theory about mid-century Japan, [covering the period] from 1930 to 1967. I just became fascinated. But when it was over, it was over, because there was nothing else to say about Naruse. Also, without learning the language, I hit a wall. I had too many questions that I couldn’t answer without knowing Japanese. [pauses] But while I was doing it, it was great [laughs].

J: So, this is my “poison” question, which I asked to everyone to see what I’ll get [laughs] what is your favourite moving image? Or your favourite director?

K: People ask me that a lot, and I refuse to answer [laughs]. As scholars, we are always looking for the next one. Maybe my favourite film hasn’t been made!

J: Is there a film or a scholar that you particularly like to teach in your classes?

K: Well, Walter Benjamin would be the obvious answer. Although I have to say [pauses], do I like to teach him? That’s a more difficult question. You need an entire course because he is so difficult to grasp. I really love his work and I’d like to get people excited about it, but it’s very hard to teach only one essay because you have to go in depth.

But there are some really good writers of film theory and criticism that help to move things along. [For instance,] Miriam Hansen and Linda Williams are good writers and express themselves well. I also like to assign the writings of Thomas Elsaesser and Tom Gunning because they help [the students in their] learning process.

J: Is there anything you’d like to add to the interview?

K: I think it’s interesting that you are doing this project, asking the different faculty members what their backgrounds are, because the field has changed so much. When I was a student, we really did not learn as well as you guys are learning. I think that my colleagues, who are younger, got better training. So it’s interesting to see how the discipline evolves. My generation [pauses] I don’t even think it’s correct to say generation, because if you look at all of us Faculty members, we are maybe five years older than each other. It’s this kind of gradual shift in the different kinds of training that we got. I enjoy learning from my colleagues, because they received different sort of formation than I did. It’s one of the nice things about being in this department, we can continue to learn from each other.

Stay tuned for the next edition of Prof Talk, where we’ll talk to Joshua Neves, Assistant Professor & Canada Research Chair and Director of the Global Emergent Media (GEM) Lab.