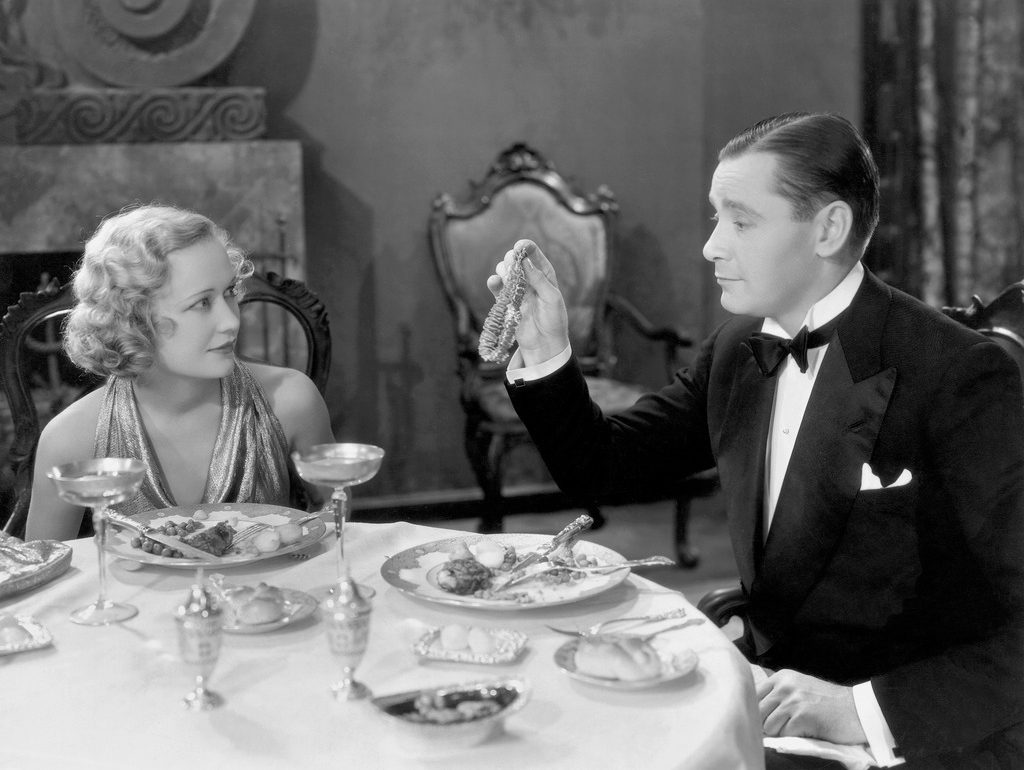 Julie Brousseau: Why did you decide to pursue a career in Film Studies, and how did you choose your main field of research?

Rosanna Maule: Existential questions [laughs]. Well, I’ve always liked films, since I was a child [laughs]. It was also within the family, so I’ve always been exposed to films. I had a chance to study at a university where there were very good scholars in film. So, while I was not in a Film Studies department, I did my baccalaureate degree with one of the most important historians in film in Italy. Then I did my senior year at UCLA throughout an exchange program. So I went there, did a year where I could take as an undergraduate student MA seminars, which was cool [laughs]. I studied with Nick Browne, I did research all over town, I went to the studios, I interviewed survivors of the Golden Age of Hollywood. And I did a thesis on Ernst Lubitsch, on the first … I call it the first part of his US career, but basically it was all the Warner and the Paramount period, which is pretty much right before he died, because he died very young. I also did internships at the AFI [American Film Institute], and I had quite a great time [laughs]. It was a great experience, and I discovered America, because it was my first time there. But it was also a great way to be exposed to the U.S. system. I liked it, and I would have continued. I would have been accepted right away in the MA program, only they didn’t offer you a scholarship. So, I finished my BA and after a while I got a Fulbright [scholarship] to … unfortunately not back to UCLA, but to the University of Iowa. I wasn’t very convinced, but then I found out it was great program. [pauses] The place [itself] I didn’t like [laughs] I mean, I didn’t like the location, but the program was great. It was a good experience as well. So, that’s how I got into Film Studies.

J: Alright [laughs], and how did you get into your main interests in Film Studies? Like feminist studies and such?

R: I guess it started … not exactly at UCLA, although we were exposed to feminist studies a little. At UCLA, we did a little bit of everything. I was more into a general approach to American cinema, film theory, film analysis, I wasn’t yet into that sort of predicament. It was actually in Iowa that I really got into a more theoretical understanding of film, and I was exposed to feminist film theory by Lauren Rabinovitz, although she wasn’t my main advisor. I actually had three advisors in Iowa. Rick Altman, with whom I did a lot of genre theory, and sound theory as well. Dudley Andrew, who then became my main advisor, with whom I did a lot of European cinema and classical film theory. And then it was with Lauren that I really got into feminist film studies. She literally introduced me to feminist film theory. Actually, I remember that I went into her office one day and said “Well, I’d like to do an independent study on feminist film theory”, and that’s how I got into that. I also took a seminar with her on feminist porn studies, which at that time was just beginning. And that’s how I got into that area. I did 96 credits between MA and PhD, and we also had to teach our own courses, an average of two per year. We also had four sets of exams. So, that was pretty heavy … [laughs] It’s a tough program, but it’s a good one.

J: Wow. Yeah. [pauses] Did you ever work in film production?

R: [laughs] Good question. When I was at UCLA, I took a video production course. It was quite disastrous [laughs] but it was interesting because the course itself was very well structured. We also did some TV field work and they had good studios. I had done some Super 8 productions back [at the University of] Padua when I was doing my BA there. I wasn’t very good [laughs]. Production-wise I’m really not very … I’m not very techie. But I got the sense of the process itself. Then lately, I’ve been involved in making a documentary, which I co-directed with my colleague Guylaine Dionne [Professor in Film Production]. I can’t say that I really did anything in terms of production, but I was co-directing this film. What I learned from that was [pauses] a lot about collaborative work, which I had done before within my area of expertise, and the different kinds of process that you are following in developing films. Did I like it? I don’t think so. In the sense that … what I don’t like about filmmaking is that it’s very slow, and it doesn’t really depend on you. It’s the quite unpredictable aspect of film production that I don’t like. When I’m writing, when I’m teaching, when I’m doing something that I know I’m responsible for, I do have a certain degree of control. It’s not that I am a control freak, because I am open to possible circumstances that may come along. But in production you have a lot of dead time. The other thing is money. This is also true for our work, we depend on grants a lot, more and more. But with film production … I do really feel a lot for my colleagues, because it’s becoming really difficult to make films. We did a very independent documentary, which was produced through university grants. I don’t know how many grant proposals I wrote [laughs] and we got a lot, also from Concordia, but I couldn’t take it anymore. But it was fun, it was a good experience. I liked doing it. What I liked about it was seeing the field from another perspective. It’s a documentary about women filmmakers, about the difficulties of making films from the point of view of women who direct, so it was very important for us. And it was a great experience working with a friend, a collaborator, getting to meet so many amazing filmmakers, and getting to work with amazing students also.

J: Would you be ready to maybe redo the experience?

R: I don’t say I wouldn’t. But I think there is something to say to the fact that there isn’t a lot of openings for research creation. It’s difficult for Film Studies scholars to do anything else that is not strictly within their area. I spent a lot of years doing this and it slowed down my work a lot. I was happy to do it, but it’s time consuming [laughs]. You put a lot of energy and time into creative projects.

R: It’s a difficult question. I am not a cinephile in the traditional sense as I don’t obsess over a specific film, cinematic memory or image. I could probably do so if you named a particular film, but I don’t have a favourite moving image in particular.

R: Again, there are many of them. I can think of Claire Denis. Agnès Varda of course is a monument, and another is Chantal Akerman. But, they are only a few amongst many. When I was a student I discovered Ulrike Ottinger. And I don’t only like just women filmmakers, but it’s a difficult question to answer. There are so many.

J: Is there a moving image or scholar that you particularly like to teach in your classes?

Stay tuned for the next edition of Prof Talk, where we’ll talk to Katie Rusell, professor & chair of the Mel Hoppenheim School of Cinema.