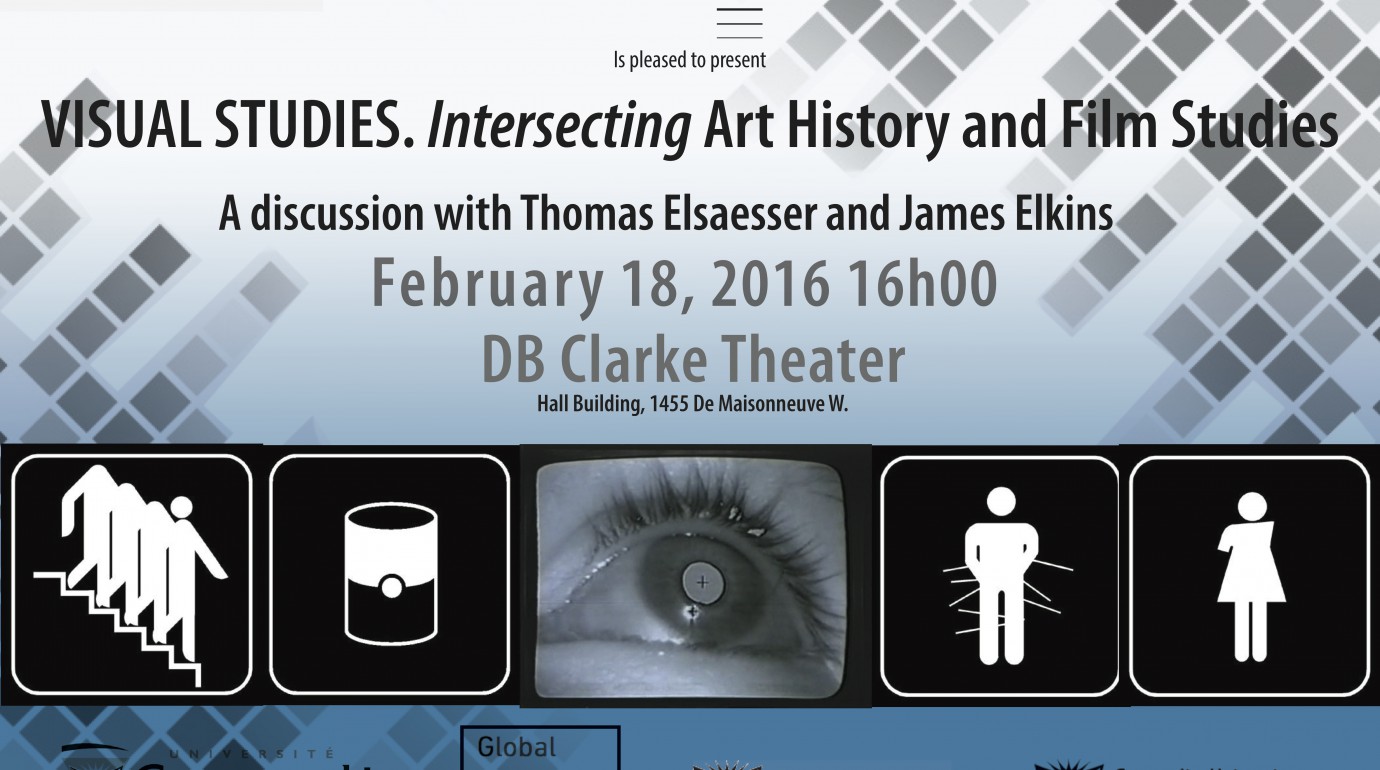 ARTHEMIS is pleased to present another series of fascinating talks and a screening this month. These events are free and open to the public. For more information, visit the ARTHEMIS website.

“What is a medium? And how can the history of the term – the way in which it has been used and theorized – help us answer this question?

This paper will tackle both these issues by focusing on Walter Benjamin’s writings, studying carefully the meanings he assigned to the German terms Medium(“medium”) and Apparat (“apparatus”). As we will see, such a study provides significant insights into both the question of what a “medium” is, and the nature Walter Benjamin’s “media theory” – a topic that, even though widely and effectively studied, has never been analyzed so far from the perspective of Medium and Apparat, the terminological foci of his understanding of human experience in its interaction with technology.”

“Cinema’s onscreen worlds have always borne an indexical bond to the real, thanks to film’s ability to register traces of physical reality and preserve them as enduring images. What happens when computer-generated video game images—images possessing no such indexical bond—usurp film as the predominant medium of visual worldmaking? How does one’s relation to onscreen heroes shift when we no longer identify with real bodies, but with affectless avatars scarcely possessing a face? Filmmaker Harun Farocki’s four-part Parallel I–IV (2012–14) takes up these questions, tracing how, in just over thirty years, video games have developed
from two-dimensional schematics to photorealistic environments. Excerpts from popular games such as Minecraft, Grand Theft Auto, and Assassin’s Creed are accompanied by an essayistic voiceover exploring such topoi as the rendering of nature, the possibilities of bodily movement, first-person point of view, and the peculiar physics of the gamespace. Parallel I–IV also includes footage of animators at work, making the labor involved in producing these algorithmic simulacra visible. In his speculative response to the historical fascination of cinema, Farocki inserts video games into a longer history of visuality, exploring their kinship with pre-Hellenistic conceptions of the world and referencing classic texts of film theory in order to construct a comparative framework that disputes teleological narratives of progress.”

“One of the most fascinating developments in visual studies in recent decades has been the revaluation, within both film studies and art practice, of images or filmic sequences made neither for the cinema nor for the gallery or the museum. These so-called ‘operational images’ – images originally produced for purposes other than being either beautiful or self-sufficient – are now at the intersection of art history and film studies, since for the past two decades, visual artists and film scholars have become increasingly interested in such images, taking them from their industrial, military or scientific origins into the realms of art space display and curatorial installation. Neither ‘found footage’ nor ‘appropriation’, their ambiguous status can tell us much about the new regimes of the image. My examples will be primarily drawn from Harun Farocki’s work, and especially his last installation, Parallel I-IV.

Thomas Elsaesser is Emeritus Professor in the Department of Media & Culture at the University of Amsterdam. From 2006 to 2012 he was Visiting Professor at Yale University, and now teaches part-time at Columbia University, New York. His books and articles on Film History, Film Theory, European cinema, Hollywood, New Media and Installation Art have been published in more than 15 languages. Among his recent books as author are: Film Theory: An Introduction through the Senses (New York: Routledge, 2010, with Malte Hagener, 2nd revised edition: 2015), The Persistence of Hollywood (New York: Routledge, 2012). German Cinema – Terror and Trauma: Cultural Memory Since 1945 (New York: Routledge, 2013)”

James Elkins (Art Institute of Chicago)
Some historical thoughts on the misunderstandings between visual studies, cinema studies, and art history

“This talk will be a series of observations on pertinent parts of the twentieth-century history of visual studies, Bildwissenschaft, Kunstwissenschaft, art history, and related fields, with the purpose of providing material for a conversation about what I consider to be a persistent disconnection between art history and cinema studies, and to a lesser extent between visual studies and cinema studies. I won’t be proposing cures or collabora- tive possibilities, but genealogies that turn on the different histories of the half-dozen or so fields that have condensed into art history and visual studies.

James Elkins is E.C. Chadbourne Professor in the Department of Art History, Theory, and Criticism, School of the Art Institute of Chicago. His writing focuses on the history and theory of images in art, science, and nature. Some of his books are exclusively on fine art (What Painting Is, Why Are Our Pictures Puzzles?). Others include scientific and non-art images, writing systems, and archaeology (The Domain of Images, On Pictures and the Words That Fail Them), and some are about natural history (How to Use Your Eyes). His most recent books are What Photography Is, written against Roland Barthes’s Camera Lucida, and Art Critiques: A Guide. From autumn 2015 he will no longer contribute to art history, visual studies, or art theory, that is, he won’t write or edit any more books or essays on art or organize any more conferences. For the next five years, 2015 to 2020, he will be concen- trating on a work in progress—an experimental novel with images.”